It’s just getting too smelly for residents..

WEST BLOOMFIELD — With illegal marijuana grow houses raising concerns among some West Bloomfield residents, on Feb. 8 the township board imposed a moratorium against any more medical marijuana grow homes in residential areas by a vote of 6-0.

The moratorium is effective through Aug. 7.

However, prior to that date, township Supervisor Steven Kaplan anticipates there will be an ordinance in place to deal with the issue on a longer-term basis.

Michigan voters approved medical marijuana use in 2008 and recreational marijuana in 2018, but Kaplan said, “We have the right to regulate what occurs within township boundaries.”

“(The Michigan) Supreme Court gives municipalities the power to regulate,” Kaplan said. “So, for instance, we can limit distance — you can’t be within 500 feet of a church or a school. We’re not sure, but certainly we’re (going to) take action.”

Kaplan doesn’t expect it to be long before an ordinance is in place.

“We’re very optimistic that we can help our neighborhoods and our residents by limiting, if not eliminating, the number of illegal marijuana grow operations,” he said.

It is currently legal for a medical marijuana caregiver to have as many as five patients and grow 12 plants per patient, according to Kaplan. And with a caregiver permitted to grow 12 plants for their own use, that allows for a total of 72 plants.

In Michigan, caregivers must be at least 21 years old with no drug or violent felonies, and no felony at all within the past 10 years.

Caregivers are also required to register with the state.

As for personal marijuana use, residents 21 and older are permitted to grow 12 plants at any one time.

Kaplan said the township receives approximately two calls per week from residents complaining about grow houses. However, he added that “there could be some duplication, where two neighbors call about the same home.”

Kaplan said there is an area south of Maple Road, between Halstead and Haggerty roads, where reports have come from.

“It’s just a happenstance whether there are three homes in one sub and zero in the next,” he said.

Despite people being able to grow it legally on a limited basis, Kaplan said it is illegal in Michigan to sell marijuana unless by a state-placed caregiver.

The problems associated with illegal grow houses include the odor that can be created, as well as increased traffic.

“These homes could be very dangerous, because many of the operators, they’re not hiring a licensed electrician or mechanical engineer,” he said. “You have a risk there of a fire, an explosion or causing power outage in the neighborhood.”

West Bloomfield Police Chief Michael Patton said it’s difficult to investigate complaints because it’s challenging to discern if someone is operating within the law or not since the two ballot initiatives have passed.

He discussed a “recurring topic” when police personnel meet with state officials.

“We need to get these marijuana grow operations out of our residential areas,” Patton said. “They have significantly expanded since these ballot initiatives, particularly the more recent one. It’s made the investigation of marijuana-based complaints more difficult. … The best result here would be our state Legislature trying to fix what maybe doesn’t work so well as a result of these ballot initiatives, both recreational and medical marijuana.”

Patton added, “I have said this to many people here in the last year or so — you need to contact your state legislators and express these concerns.”

Patton has an opinion as to where some people who sell marijuana are likely getting it from.

“It’s probably from illegal marijuana operations that are not being taxed,” he said. “They’re not being regulated, causing stink-fests in our neighborhoods, causing brown-outs and black-outs, increased traffic, and potential criminality in the neighborhood. There’s where it’s coming from.”

Patton does not share the perspective some have had that legalizing marijuana would reduce crime and make the job of police departments easier.

Kaplan addressed what some may consider to be a potential solution to the problem.

Kaplan said the major violators are those who sell marijuana for profit and medical caregivers who are growing more than 72 plants.

He discussed the challenge facing the township.

“We have 82 police officers in West Bloomfield,” Kaplan said. “We might have 18 officers working during any eight-hour shift. Are you going to deploy two officers from each shift to sit outside a suspected marijuana home? Difficult. Very difficult.”

Kaplan shared his thoughts as to how he would like for the issue to be resolved.

“My preference is to remove medical marijuana grow operations from neighborhoods,” he said.

Kaplan said it is a four-year felony in Michigan to possess or grow marijuana in excess of the permitted amount.

He discussed what could come in the way of a township decision.

The enforcement challenges facing police don’t have to preclude the public from taking an active role in attempting to help curtail illegal marijuana grow houses in the township.

“We still ask people, if you see something, say something,” Patton said. “We’d rather have it on our radar screen and start making some preliminary (assessment) as to maybe what’s going on there. Maybe there’s other information we’ve derived already, and what you’re telling us that’s new, we can add onto our case file for that location.” 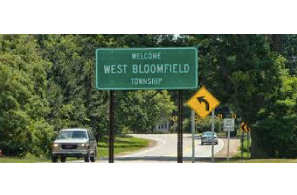