The Mississippi Court of Appeals on Tuesday upheld a mandatory life sentence for a 38-year-old man convicted of marijuana possession, reasoning that his previous convictions made him a “violent habitual offender” under state law.

Allen Russell was sentenced to life in prison by a Mississippi circuit court in 2019 after a jury convicted him of possessing more than 30 grams of marijuana and prosecutors introduced evidence of his prior convictions during his sentencing hearing.

Under Mississippi law, a person convicted of two separate felonies—at least one of which is violent—and who serves at least one year in prison for each of those felony convictions “shall” be sentenced to life imprisonment without the possibility for probation or parole as a violent habitual offender.

While Mississippi law designates burglary as a “crime of violence,” that has only been the case since the state legislature changed the law in 2014. Prior to that, at the time when Russell pleaded guilty to burglary, the crime was only designated as a violent crime if the state could prove that actual violence was committed during the commission of the act.

Russell argued on appeal that his enhanced sentence “constitutes cruel and unusual punishment and is grossly disproportionate to the crime committed,” 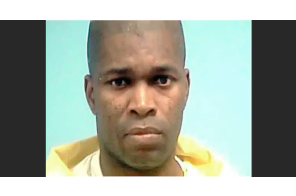