Mississippi city settles over case of man who had taken LSD, then died after police used Taser to restrain him

The family of a Tennessee man who took LSD at a concert and then died after police stunned him and restrained him facedown has settled their lawsuit with a Mississippi city.

The agreement ended a wrongful death trial this week between Troy Goode’s family and Southaven over his 2015 death, WMC-TV reported.

The terms of the agreement were not immediately released.

Both sides agreed that Goode, 30, of Cordova, Tennessee, took LSD at a concert. Several people called 911 after the show and reported a man acting erratically, authorities said.

Police used a Taser and a police dog to capture Goode, and then tied him with restraints and put him on his stomach on a stretcher. Goode’s family said he suffocated in that position because he had asthma and could not breathe properly with the pressure on his lungs.

Attorneys for Southaven said the LSD contributed to a heart problem that caused his death and police and paramedics had to restrain Goode in that manner so he didn’t hurt himself or others. 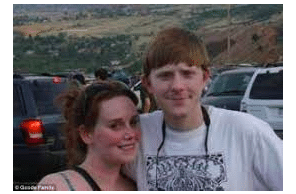