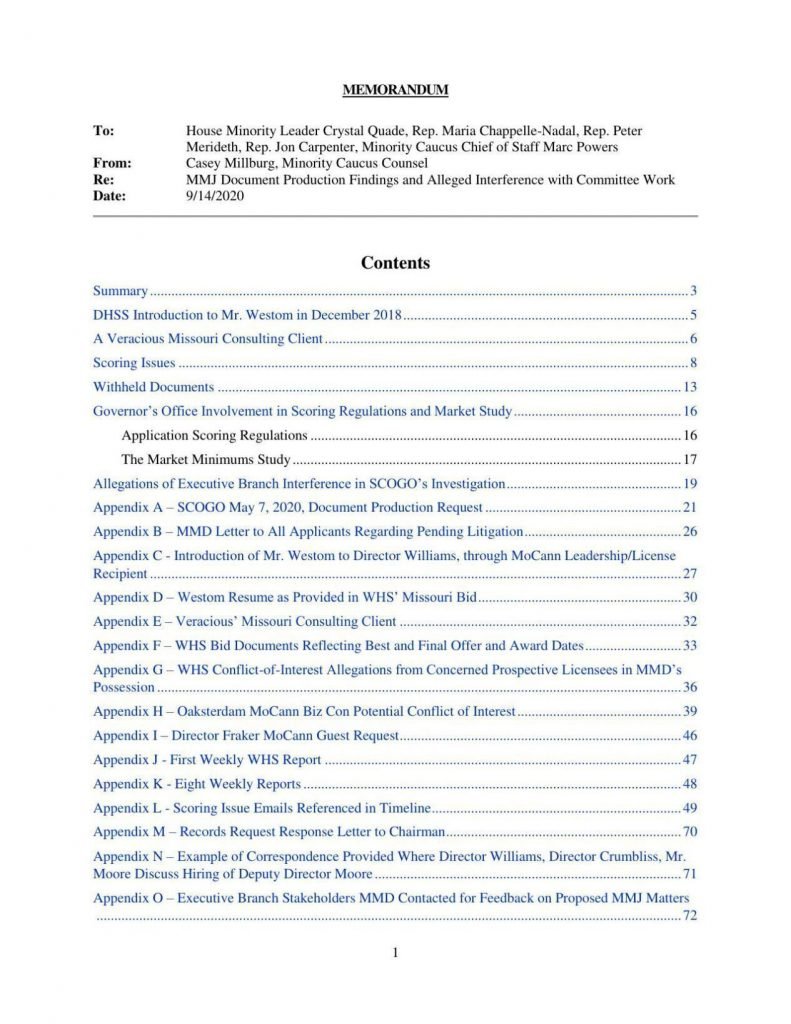 The memo, prepared by counsel for the House Democrats, said that beginning in May, “credible allegations emerged concerning executive branch interference in” the Special Committee on Government Oversight’s investigation of the Republican administration’s medical marijuana program.

Casey Millburg, the staffer who wrote the memo to House Minority Leader Crystal Quade and the three Democrats on the investigative panel, said in the memo that she wouldn’t detail the allegations because the Special Committee on Government Oversight had yet to meet to discuss them. 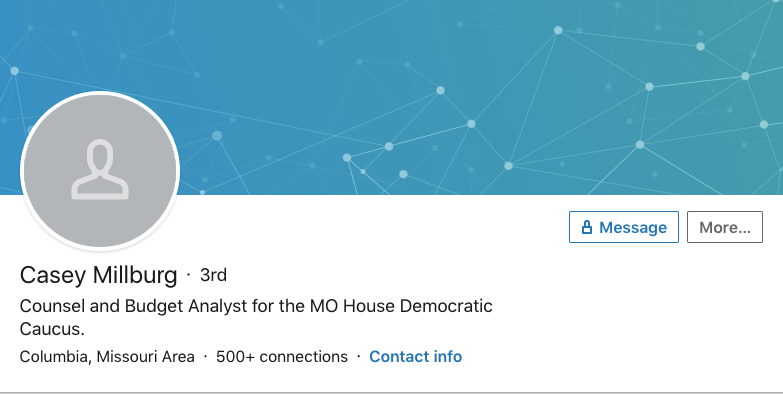 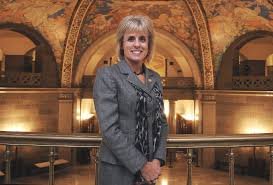 Kelli Jones, spokeswoman for the governor’s office, on Tuesday dismissed the memo as “a partisan attempt to create a negative story about the governor before the election.”

The nugget on potential Parson administration interference is just one piece of the memo, which is based on records the committee obtained this summer from the Department of Health and Senior Services. The House requested the documents in early May, the same month as the possible interference, the memo noted.

The memo makes the case that the Special Committee on Government Oversight should continue its work digging into the program, which has so far spent $1.3 million in court to defend its licensing decisions.

But, less than two months before Election Day, it is unclear whether the Republican-controlled committee has the political will to publicly reopen the probe, which could cast Parson in a negative light. Lawmakers meet back in Jefferson City this week for their annual veto session.

The Post-Dispatch obtained the memo Monday from House Democrats.

Leaders of the state’s medical marijuana program fielded heavy criticism early this year over the state’s handling of marijuana business licenses, including the state’s hiring of a third-party scorer, Nevada-based Wise Health Solutions, to grade applications.

Rejected applicants have complained of scoring discrepancies and possible conflicts of interests by Wise, a joint venture between the marijuana business training school Oaksterdam University and the Nevada-based company Veracious Investigative & Compliance Solutions.