Looks like many just bought cannabs licenses as a form of futures trading.

Great to see the regulators come down on this.

Last week Missouri’s cannabis regulators issued a stark warning to licensees who, after holding their license for more than a year, are not yet up and running.

“We have emphasized with licensees for a while now that extensions beyond September 30 are very unlikely to be approved,” said the April 22 Guidance Letter from the Department of Health and Senior Services. It continued: “We are mindful of the fact that granting an additional year to a licensee will always be problematic since we could have revoked that licensee at the one-year mark and replaced them with someone who could meet that obligation.”

As of April 28, 21 of 60 licensed cultivators, 12 of 85 licensed manufacturers, and 91 of 191 licensed dispensaries were certified to operate by Missouri regulators. While the state has over 122,000 registered medical marijuana patients, cannabis supply remains tight and wholesale flower prices hover around $4,500 a pound as cultivator license holders have struggled to put together capital investment with a 51% local ownership, numerous cultivators have told Grown In off the record. 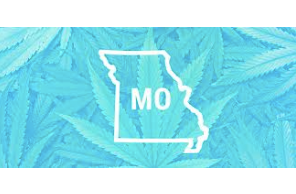