Interestingly these questions are being asked by Republicans.. full kudos to them…

Two Republicans in the U.S. House of Representatives are asking four government agencies to study the environmental impact of cannabis cultivation as the Senate considers a federal bill legalizing marijuana. 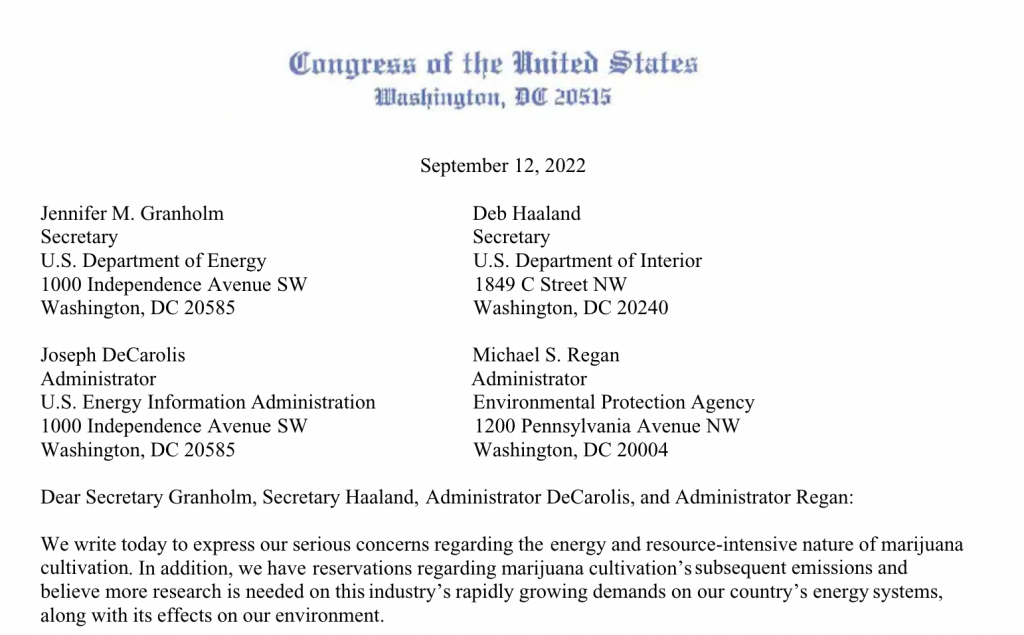 Republican Reps. Earl Carter of Georgia and Doug Lamborn of Colorado wrote in a letter obtained by the Washington Examiner that “the American people must have a better understanding of the environmental costs of this rapidly growing industry.”

The letter – addressed to the Environmental Protection Agency and the U.S. Departments of Energy, Interior and Energy – was in response to Senate Majority Leader Chuck Schumer’s Cannabis Administration and Opportunity Act (CAOA), which was introduced in the Senate in late July.

The two Republicans wrote in the letter obtained by the Examiner that they “have reservations regarding marijuana cultivation’s subsequent emissions and believe more research is needed on this industry’s rapidly growing demands on our country’s energy systems.”

Citing studies of the energy usage of the industry, the letter claims that indoor marijuana cultivation accounts for 10% of overall energy consumption in Massachusetts and cannabis grow emissions in Colorado are on par with trash collection and coal mining.

Carter and Lamborn asked the four agencies for “detailed responses” to these questions by Nov. 30: