It had to happen eventually…

Three former directors of embattled Canadian cannabis producer CannTrust, including its former chief executive officer, have been charged with offenses such as fraud and making false or misleading statements.

The charges are the culmination of a nearly two-year joint investigation by the Ontario Securities Commission (OSC) and Royal Canadian Mounted Police (RCMP) after a whistleblower alerted Canada’s cannabis regulator in July 2019 to five unlicensed cultivation rooms the company had been operating since late 2018.

Peter Aceto, the company’s CEO at the time of the alleged incidents, is charged with:

Mark Litwin, a director of the company until recently, is charged with:

Eric Paul, a former CannTrust chair, is charged with:

The charges are “quasi-criminal,” meaning that jail is possible if a defendant is convicted of a violation of the Ontario Securities Act,
Kristen Rose, manager of public affairs at the OSC, told MJBizDaily in a statement.

“These allegations relate to efforts to conceal the illegal growing of cannabis at CannTrust over a 10-month period in 2018 and 2019,” the OSC said in a statement announcing the charges.

The OSC said the three men failed to disclose to investors that approximately half the total growing space at CannTrust’s facility in Pelham, Ontario, was not licensed by Health Canada.

“In press releases, corporate disclosures, analyst calls and prospectuses, they asserted that CannTrust was compliant with regulatory requirements, and they included all cannabis production in the company’s financial statements, without stating that half was grown without a license,” the OSC noted.

In addition, the OSC said Litwin and Aceto “signed off on prospectuses used to raise capital in the United States, which stated that CannTrust was fully licensed and compliant with regulatory requirements.”

Litwin and Paul also traded shares of CannTrust while in possession of the material, undisclosed information regarding the unlicensed growing, the OSC said.

The three accused are scheduled to appear at the Ontario Court of Justice in Toronto on July 26.

In a statement responding to the charges, CannTrust said that “no charges have been laid against CannTrust, any of its subsidiaries or any of the current directors, officers or employees of CannTrust.”

CannTrust said Paul resigned all offices with the company on July 25, 2019, in response to a demand made by the other members of CannTrust’s board of directors.

Aceto was fired “with cause” in July 2019 amid the ongoing scandal. Greg Guyatt was appointed CEO in early 2020.

Litwin resigned from the board earlier this year for undisclosed reasons.

“CannTrust remains focused on resolving its civil litigation claims and fully restoring its operations as a leading Canadian recreational and medical cannabis producer,” the company said in its statement.

The company wants to see the OSC’s cease-trade order revoked and has initiated discussions with the OSC about proposing a plan and timetable for resolving CannTrust’s historical disclosure defaults.

Those talks remain at “a preliminary stage,” the company said.

Read what their lawyers had to say at 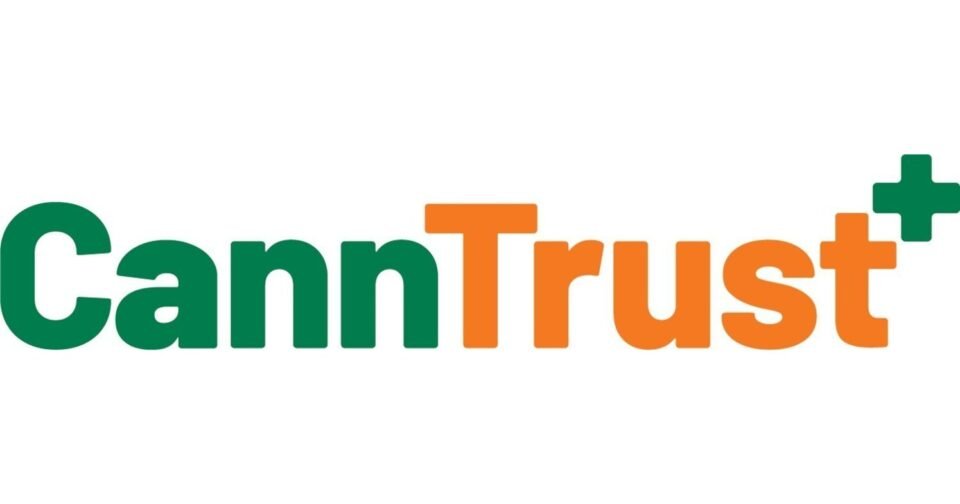 CannTrust Holdings Inc. (“CannTrust” or the “Company“)  has become aware of the press release issued today by the Ontario Securities Commission (the “OSC“) announcing that three former directors and officers at CannTrust (namely, Eric Paul, Peter Aceto and Mark Litwin) have been charged with offences under the Securities Act (Ontario) in connection with their alleged involvement in efforts to conceal the illegal growing of cannabis at CannTrust over a 10-month period in 2018 and 2019 and, in the case of Messrs. Paul and Litwin, their alleged trading in the Company’s shares while in possession of the material, undisclosed information regarding the unlicensed growing. No charges have been laid against CannTrust, any of its subsidiaries or any of the current directors, officers or employees of CannTrust.

Mr. Paul is a former CannTrust chairman, who resigned all offices with the Company on July 25, 2019, in response to a demand made by the other members of CannTrust’s board of directors. That demand followed a recommendation made by a special committee of the CannTrust Board, which had been appointed earlier to investigate the circumstances surrounding the Company’s non-compliance with Health Canada regulations and ancillary matters.  Mr. Aceto is the Company’s former Chief Executive Officer, who was terminated for cause by the CannTrust Board on July 25, 2019, also as a result of the special committee’s findings and recommendations. Mr. Litwin is a former director and vice chairman of the Company, who resigned from the CannTrust Board on March 12, 2021.

Since the completion of the special committee’s investigation in 2019, CannTrust has been building best in class governance and compliance structures and processes.  Regulatory compliance, risk management, and effective oversight have become integral to everything the Company does.  In August 2020, CannTrust’s operating licenses were restored by Health Canada and the Company resumed operations shortly thereafter.

CannTrust remains focussed on resolving its civil litigation claims and fully restoring its operations as a leading Canadian recreational and medical cannabis producer. The Company anticipates announcing the engagement of a replacement independent auditor during the third quarter and has initiated discussions with the OSC about proposing a plan and timetable for curing CannTrust’s historical disclosure defaults, with a view towards later applying to the OSC for a discretionary order revoking the OSC’s cease-trade order dated April 13, 2020. Those discussions remain at a preliminary stage, curing CannTrust’s historical disclosure defaults will require a considerable amount of management time and expense and there can be no assurance at this stage that the Company will be successful in obtaining an order from the OSC or obtaining a listing for CannTrust’s common shares before the end of the year, or at all.

CannTrust is a federally regulated licensed cannabis producer. We are proudly Canadian, operating a portfolio of brands including estora, Liiv and Synr.g, specifically designed to surprise and delight patients and consumers.

At CannTrust, we are committed to providing an exceptional customer experience, as well as consistent and quality products through standardized processes. Our greenhouse produces Grade A cannabis flower, which is currently sold in dried flower, oil drops and capsule formats. Founded in 2013, our continued success in the medical cannabis market and subsequent expansion into the recreational business, led to us being named Licensed Producer of the Year at the Canadian Cannabis Awards 2018.

CannTrust is committed to research and innovation, investing in developing technologies for new products in the medical, recreational, and wellness markets, while contributing to the growing body of evidence-based research regarding the use and efficacy of cannabis.

This press release contains “forward-looking information” within the meaning of Canadian Securities laws and “forward-looking statements” within the meaning of the United States Private Securities Litigation Reform Act of 1995 and other applicable United States safe harbor laws, and such statements are based upon CannTrust’s current internal expectations, estimates, projections, assumptions and beliefs and views of future events.

Forward-looking information and forward-looking statements can be identified by the use of forward-looking terminology such as “believes”, “expect”, “likely”, “may”, “will”, “should”, “intend”, “anticipate”, “potential”, “proposed”, “estimate” and other similar words, including negative and grammatical variations thereof, or statements that certain events or conditions “may”, “would” or “will” happen, or by discussions of strategy.

The forward-looking information and statements in this news release include statements relating to the expectation that CannTrust will announce a successor auditor and the expectation that CannTrust will settle certain civil litigation claims, emerge from creditor protection under the CCAA, obtain an order revoking the cease-trade order and obtain a stock exchange listing for its common shares. Forward-looking information and statements necessarily involve known and unknown risks, including, without limitation: the outcome of the Company’s contingent liabilities; the impact of any regulatory and other investigations; the Company’s ongoing review of strategic and financing alternatives; risks associated with general economic conditions; adverse industry events; loss of markets; future legislative and regulatory developments in Canada, the United States and elsewhere; the state of the cannabis industry in Canada generally; the willingness of a public accounting firm to accept an engagement as the Company’s independent auditor; CannTrust’s ability to timely cure its disclosure defaults and obtain an order revoking the OSC’s cease-trade order; the willingness of a stock exchange to list the Company’s common shares and CannTrust’s ability to satisfy the requirements of such exchange; and, the ability of CannTrust to successfully implement its business strategies.

Any forward-looking information and statements speak only as of the date on which they are made, and, except as required by law, CannTrust does not undertake any obligation to update or revise any forward-looking information or statements, whether as a result of new information, future events or otherwise. New factors emerge from time to time, and it is not possible for CannTrust to predict all such factors. When considering these forward-looking information and statements, readers should keep in mind the risk factors and other cautionary statements in CannTrust’s Annual Information Form dated March 28, 2019 (the “AIF“) and filed with the applicable Canadian securities regulatory authorities on SEDAR at www.sedar.com and filed as an exhibit CannTrust’s Form 40-F annual report under the United States Securities Exchange Act of 1934, as amended, with the United States Securities and Exchange Commission on EDGAR at www.sec.gov (the “March 2019 Form 40-F“). The risk factors and other factors noted in the AIF could cause actual events or results to differ materially from those described in any forward-looking information or statements. Readers are also reminded that CannTrust remains in default of its periodic disclosure requirements under applicable securities laws and stock exchange requirements, that its most recent AIF, Form 40-F and other disclosures do not reflect all risk factors that currently face the Company, and that the Company has not completed or filed the restatements of the financial statements included in the AIF or the March 2019 Form 40-F or otherwise filed an amendment to such Form 40-F, and that the Company has determined not to correct its prior filings or make any further filings in respect of periodic disclosure requirements under applicable securities laws and stock exchange requirements. None of the Company’s securities is listed for trading on any stock exchange in any jurisdiction and, in Canada, trading in the Company’s securities is subject to a cease-trade order issued on April 13, 2020 by the Ontario Securities Commission for CannTrust’s failure to comply with its disclosure obligations under applicable securities laws. 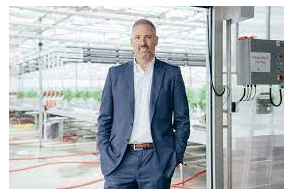