No differently than any other product’

The suit seeks to overturn a section of Oregon law that prohibits state-licensed operators from shipping marijuana across state lines, arguing that such a prohibition is unconstitutional.

Like some other legacy states in the West, Oregon appears amenable to the idea of supplying other states with sun-grown cannabis.

In 2019, Oregon’s governor signed into law legislation that would lift that prohibition if there are significant changes to federal law, including the legalization of interstate commerce.

But Jefferson Packing House’s lawsuit seeks to get ahead of that and eliminate the restriction on exports – even if there is no action at the federal level.

In that case, U.S. District Judge Nancy Torresen of the 1st Circuit Court of Appeals ruled that Maine’s law was a violation of the U.S. Constitution’s dormant commerce clause.

The law, she wrote, “explicitly discriminates against residents of other states and Maine cannot show a legitimate local purpose for the requirement.”

In a Nov. 14 letter to Gov. Brown and other state officials, lawyers for Jefferson Packing House argued that under the dormant commerce clause, states “are prohibited from enacting laws regulating interstate commerce, because it is the exclusive purview of Congress.”

Citing the Maine case, the Jefferson Packing House lawyers wrote in their letter that “we believe it is likely that a federal court will treat marijuana like hazelnuts and invalidate state laws prohibiting the export of marijuana notwithstanding the fact that it is illegal under federal law.”

“Federal courts are signaling that they’re not going to treat cannabis differently than any other product,” one of the attorneys, Andrew DeWeese, told MJBizDaily in an interview. 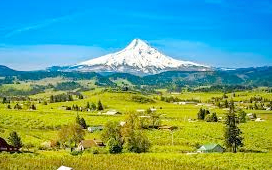