But while some states have banned delta-8 THC, others are considering provisions that would regulate it similarly to delta-9 THC:

Unlike California and Michigan, most state legislatures have concluded business for the term, said Jonathan Miller, an attorney who leads the hemp advocacy group U.S. Hemp Roundtable, so the issue is unlikely to see widespread legislative activity in coming months. 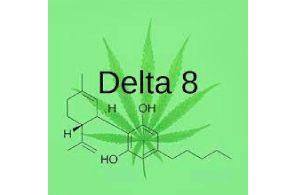