MJ Biz Highlights The Cannabis CEO’s Bringing in The Dough & Asks Are They Disclosing Everything They Should?

Here’s their latest CEO remuneration report and they highlight anomalies. Will the SEC being taking a magnifying glass to this report? 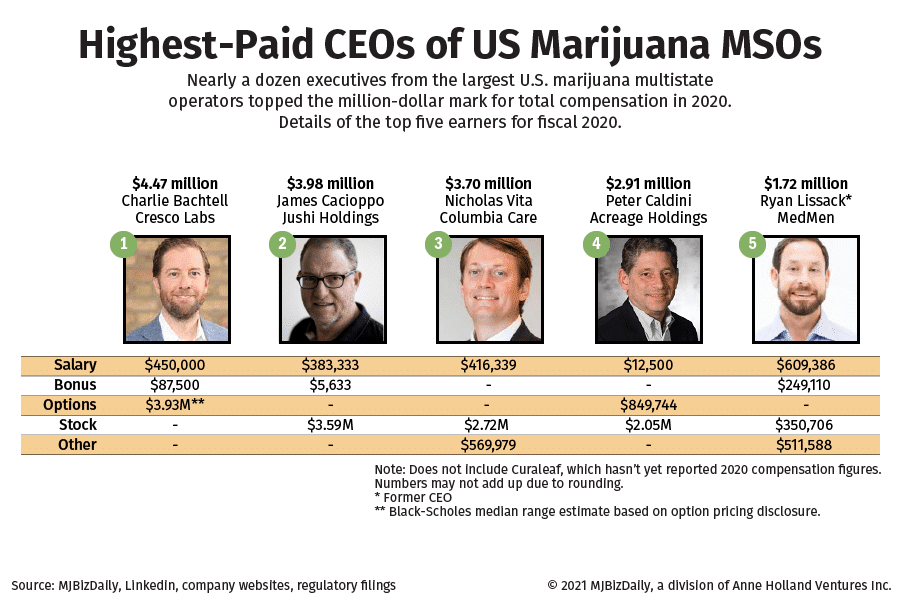 The top executives at the largest U.S. marijuana multistate operators received roughly $500,000 to $1 million in salary and bonuses in fiscal 2020, with stock and option awards boosting total compensation packages to as much as $4.5 million, according to regulatory filings.

MJBizDaily found some mathematical mistakes and omissions in the executive compensation tables that companies filed with securities regulators, raising questions about disclosure practices in a rapidly growing industry where more operators are going public.

Ten CEOs topped the million-dollar mark in total compensation – although the highest amounts paled in comparison to some of their Canadian marijuana counterparts as well as chief executives in mainstream industries. 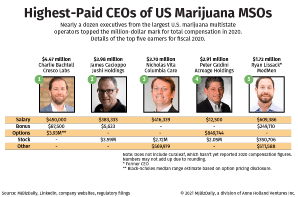