An Oklahoma case involving a Black marijuana business owner charged with first-degree murder is focusing a spotlight on how both race and security protocols can be major issues and stumbling blocks for cannabis entrepreneurs.

Marijuana grower and military veteran LaRue Bratcher is awaiting trial after he shot and killed a man who was allegedly trying to break into his cultivation facility in Oklahoma City last year.

If convicted, he could face life in prison or even the death penalty, Yahoo News reported.

One key element in Bratcher’s case: He’s Black, and the alleged burglar, Daniel Hardwick, was white.

Bratcher initially landed in legal hot water after the shooting because his grow, which he founded in 2018, had an expired license. 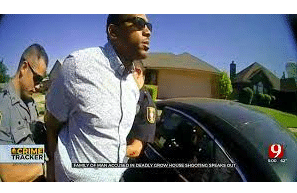