It beggars belief but unfortunately it is true. No wonder he’s smiling !

Total compensation for the top executives at struggling marijuana producer Hexo Corp. grew almost 20% year-over-year to 14.4 million Canadian dollars ($11.1 million) in fiscal 2020, led by the company’s CEO, according to a financial disclosure filed with the U.S. Securities and Exchange Commission last month.

CEO Sebastien St. Louis’s compensation rose 26% to CA$11.2 million in 2020, even though his salary was “voluntarily reduced” to Quebec’s minimum wage for three pay periods in the second quarter, according to the filing. 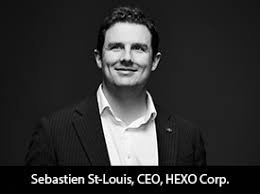