As you recall, 280e allows cannabis licensees in Missouri to deduct standard business expenses from the Missouri state tax return.  For Missouri cannabis businesses, this could be a five to six figure savings annually if it becomes law.

Federal 280E: The 280E tax code was passed by congress in 1982 in order to prevent drug traffickers from using a loophole that allowed them to avoid heavy taxes by deducting expenses used in their illegal drug trafficking businesses, as if it were a legitimate business.

This archaic tax code should be updated now that 36 states and the District of Columbia have approved medical marijuana or cannabis programs.While the fix ultimately should happen at the federal level, Missouri should not wait on Congress to fix the problem.  Small businesses struggling to keep their doors open will be hurt by the disparities in the state tax code without this fix.

Section 280E in the federal tax code currently stands in the way of Missouri’s legal medical marijuana businesses from deducting routine business expenses.  Legitimate expenses like employee wages and salaries, health insurance premiums, equipment for the business including computers and furniture, internet and telephone service, are just a few examples of expenses other small businesses can deduct that medical marijuana businesses aren’t allowed to deduct.

Without these deductions, Missouri’s medical marijuana businesses will pay taxes on gross income versus taxable income, leaving these businesses with  tax rates as high as 70% or more.

Economic Impact  Medical marijuana businesses just began opening in mid to late 2020.  They pay a 4% excise tax, as well as all state and local sales taxes and income taxes on the businesses.  This revenue has never been collected by the state before, therefore it is new General Revenue.

The deduction allowed by SB 226 will be taken out of the new General Revenue collected by the medical marijuana industry.  Therefore, there will not be a negative impact on current General Revenue prior to Amendment 2 passing and becoming operational.

If the Congress passed a 280E reform bill, the deductions would automatically flow through the Missouri return.  Therefore, there is no additional impact to Missouri if SB 226 was law.

Please reach out to Executive Director – Andrew Mullins if you have further questions. 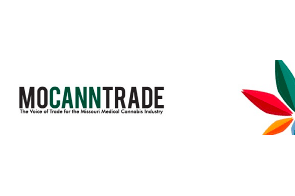