When Canada legalized recreational cannabis on October 17, 2018, our neighbours to the south took notice. Although medical and recreational cannabis is legal in 29 states, American ports of entry are under federal jurisdiction, and cannabis remains a Schedule 1 controlled substance in the U.S. as per federal law 21 US Code § 812 (the “USC“). Applying the Immigration and Nationality Act (the “INA“), located within Title 8 (Aliens and Nationality) of the USC, Customs and Border Protection (“CBP“) officers at U.S. ports of entry continue to process travelers in accordance with U.S. federal law, including law pertaining to the possession of a controlled substance such as marijuana. Those who cross through a U.S. port of entry while in violation of the INA risk being turned away at the border, being banned from entering the U.S. in the future, having their goods seized, being fined and/or being apprehended by CBP. Given the potential severity of the consequences in crossing the border with cannabis, it is important for Canadians to respect the U.S. laws and understand the various grounds that a CBP officer can invoke to deny entry.

Entry into the U.S.

Persons who cross from Canada into a U.S. port of entry are required to answer all questions posed by CBP officers truthfully. The burden is on the party seeking to enter into the U.S. to demonstrate his or her eligibility to the CBP officer. Failure to satisfy this burden to the CBP officer at the time of inspection renders the alien inadmissible1. Applicants who do not answer truthfully or misrepresent their past or present cannabis use risk a lifetime ban on entry to the U.S.

Denial of Entry For Use and/or Possession Prior to Legalization

Admitting to cannabis use and/or possession in Canada prior to the date of legalization could result in finding of inadmissibility by virtue of the fact that use and possession of cannabis would constitute criminal offences in Canada at the time the event occurred2. If the applicant used or possessed cannabis for medical purposes only, in accordance with the laws in Canada at the time, a CBP officer may grant entry. Applicants that answer “yes” to use or possession prior to legalization, even with a prescription, should be aware that they could be subject to further questioning.

Persons who were convicted of marijuana-related offences in Canada prior to October 17, 2018 may be found inadmissible for entry into the U.S.3. Specifically, a foreign national who is in violation of any law or regulation of a state, the U.S. or a foreign country relating to a controlled substance, including marijuana, is subject to being found inadmissible4.

Although the Canadian government now offers pardons to individuals who were convicted of simple possession prior to legalization, a pardon does not guarantee that a foreign national is admissible to the U.S. After instituting the pardon system, CBP officers can no longer see cannabis convictions for Canadians who have received a criminal pardon. However, CBP officers may still be able to see prior simple possession convictions if they previously obtained the applicant’s criminal record and stored it on their database.

Denial of Entry For Use and/or Possession After Legalization

While the above-discussion is premised on the acts being criminal offences in Canada, admitting to use or simple possession of marijuana in Canada post-legalization should not render an alien automatically inadmissible. Notwithstanding, an applicant at a U.S. port of entry who admits to use or possession of cannabis post-legalization may still be found inadmissible under other provisions of the INA or USC.

The safety of U.S. citizens is a consideration for admission into the U.S. and an applicant may be found inadmissible for use and/or possession if deemed a drug abuser or addict5. Similarly, a person who has a physical or mental disorder that poses a threat to the property, safety or welfare of others may be found inadmissible6. Cannabis use could be considered a disorder, provided that it is combined with dangerous behavior. However, before a CBP officer has authority to make any of these findings, the U.S. Public Health Service must first make a determination.

Although possession of cannabis is legal in both British Columbia and Washington State, it is illegal to take cannabis across the Canadian border, whether you are entering or leaving the country. Those who attempt to cross from Canada to the U.S. with cannabis will be deemed inadmissible for the importation of a controlled substance if the applicant admits to the essential elements:

(a) that the defendant knew the substance was marijuana, a controlled substance;

(b) that the defendant brought the marijuana into the U.S. from outside the U.S.; and

(c) that the defendant knowingly and willfully imported the marijuana into the U.S7.

It is still illegal to transport cannabis products into Canada no matter the amount, whether you are authorized to use cannabis for medical purposes or if you are travelling to or from a municipality, state or country where cannabis is legalized or decriminalized. If you are entering Canada with cannabis, the government of Canada requires that you declare cannabis in your possession. Failure to do so risks a serious criminal offence.

Denial of Entry For Business or Employment in the Cannabis Industry

Because of the various importation laws in the U.S., Canadian residents involved in Canada’s legal cannabis industry also face potential difficulty crossing a U.S. port of entry. This group includes retail workers, business owners, persons in the biopharmaceutical industry and persons who own stock in cannabis companies.

As cannabis remains a controlled substance in the U.S., a person seeking to engage in cross border cannabis business may be denied entry into the U.S. if the CBP deem that person to be trafficker of a controlled substance or someone who is a “knowing aider, abettor, assistor, conspirator or colluder with others in the illicit trafficking.”8 It is important to note that a person turned away for these reasons could also be permanently banned from entry9. Therefore, those in the cannabis industry should exercise caution when attempting to solicit business in the U.S. cannabis market.

Despite the above, Canadians who work in the legal marijuana industry in Canada are likely admissible to the U.S. provided they are not travelling for a business or employment purpose. On October 9, 2018, the CBP released a revised policy statement saying:

In light of this policy statement, persons who work in the legal cannabis industry may still enter the U.S. for a non-employment purpose such as a vacation. However, if applicants intend to attend a cannabis conference during their vacation, they will likely be found inadmissible, since that may give a CBP officer cause to suspect the applicant is seeking to enter the U.S. for purposes in a violation of federal law.

If a person is found inadmissible at a U.S. port of entry for a cannabis-related reason, a waiver of inadmissibility under the INA may provide some relief. The waiver is a discretionary measure available to CBP officers and it is only available in certain situations. For example, a person who admits to possessing cannabis in Canada prior to legalization is only able to obtain a waiver if he or she possessed 30 grams or less for personal use only.

Before seeking a waiver, it is recommended that a person consults an American immigration lawyer.

Special care at the border should be taken for trusted travelers to the U.S. This group includes Nexus pass holders and commercial truck drivers under the FAST program. Applicants to the Nexus program are asked about a criminal record only at the written admission stage. However, questions about cannabis use could come up during the interview stage. If an alien admits to the use of cannabis, even post-legalization, he or she would not be eligible for the Trusted Traveler Program and may be denied acceptance into either program.

Canadians who cross into a U.S. port of entry should be aware of their limited rights under the U.S. Constitution. Persons entering into the U.S. are essentially at the behest of the CBP officer who is authorized with broad powers to assess the admissibility of those crossing the border. For example, while conducting a border search, CBP officers have the authority to search a person’s vehicle, cellphone and other electronic devices. A finding of marijuana paraphernalia in a camera roll, for example, may result in secondary questioning by a CBP officer. This, in turn, could result in a finding of inadmissibility. Those who are deemed inadmissible have very limited, if any, avenues to challenge the decisions made by the officer.

Canadian residents seeking to cross into a U.S. port of entry in the era of legalized cannabis must exercise caution. The fact that cannabis is legal in Canada and in many states does not allow for the free movement between the borders for cannabis users, those with prior convictions or those engaged in business in the cannabis industry. Ultimately, cannabis is still governed by U.S. federal law and is classified as a Schedule 1 controlled substance. Therefore, crossing into a U.S. port of entry in violation of the U.S. federal law may result in denied admission, seizure, fines and/or apprehension. Canadian residents who have used cannabis before or after legalization should be aptly aware of these risks when venturing into the U.S. 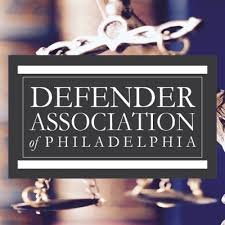