Mondaq-Dentons(UK)European Union: Will Medical Cannabis Soon Be Part Of The European Single Market?

European Union: Will Medical Cannabis Soon Be Part Of The European Single Market?

On February 13, 2019, the European Parliament adopted a resolution on the use of cannabis for medicinal purposes (2018/2775(RSP)), after evidence had been provided on the medicinal power of cannabis, i.e. cannabis or cannabinoids that can help to increase appetite and decrease weight loss associated with HIV or AIDS and alleviate symptoms of epilepsy, asthma, cancer and Alzheimer’s.

In this resolution, the European Commission and the member states are urged to work on the legal framework of, and the research into, the use of cannabis for medicinal purposes. However, and contrary to the US and Canada, no EU-wide policy for medical cannabis has been enacted yet.

Medical cannabis can be defined as the cannabis distributed by a pharmacy, intended for therapeutic purposes and consisting of a number of different active ingredients such as a combination of tetrahydrocannabinol (THC) and cannabidiol (CBD).

Five months after the parliament’s resolution, on July 17, 2019, the European Commission clarified the difference between medicinal products derived from cannabis and medical cannabis (SP(2019)327).

Only medicinal products fall within the scope of the pharmaceutical legislation of the EU and only these products can be placed on the market after a marketing authorization has been granted by the competent authority of a member state or by the European Commission1. Until now, only a few medicinal products derived from cannabis have received market authorization in the European Union, such as Epidiolex (by the European Commission) and Sativex (in some member states).

As for medical cannabis, no marketing authorization can be granted in the EU since cannabis as such has not yet been approved as a medicinal product by the European institutions. Therefore, it is up to the member states to determine whether or not it is authorized to grow and use medical cannabis on their territory.

As early as 1961, the United Nation’s Single Convention on narcotic drugs allowed the cultivation of cannabis insofar as one or more national agencies have been established which have the exclusive right to import and export cannabis and are responsible for wholesale trading and the maintenance of the cannabis stocks. The competent agencies would furthermore have the exclusive right to grant licenses to companies to grow cannabis. However, the agencies will be solely responsible for the purchase of the entire cultivation of cannabis and are subsequently in charge of the sale of cannabis to pharmacies, hospitals and research institutes such as universities.

Over the years, several member states have set up such an agency, opening the path for the decriminalization/legalization of the cultivation and use of cannabis, however, for medical purposes only.

In 2017, the Federal Institute for Drugs and Medical Devices (BfArM) established the Cannabis Agency in Germany. The agency has granted the first licenses to German companies, but also to Aurora Cannabis Inc., a listed Canadian company, making Germany the cannabis market leader in the EU.

Many European countries have followed suit, such as the Netherlands with the Office of Medicinal Cannabis (BMC), Spain with the Agency for Medicines and Health Products (AEMPS) and Portugal with an agency called Infarmed. The Belgian cannabis agency (Cannabisbureau) has not yet become operational. A law for the creation of the Belgian cannabis agency was enacted in April 2019, but the Royal Decree, laying down detailed rules about the function and operations of the agency, is still pending.

The different approaches on the legality of cultivation and use of (medical) cannabis in the member states have led to a policy paradox within the European Union, causing complications for patients in several member states. For example, a patient that has obtained a prescription for medical cannabis in Belgium has to cross the border and rely on a Dutch or German pharmacist to receive the medical cannabis. From the moment he/she crosses the border to Belgium again, he/she can be penalized since the cultivation and use of cannabis is a criminal offence in accordance with Belgian law.

If you are interested to learn more about the legislation concerning cannabis in the European Union or have any questions, do not hesitate to contact the Brussels office of Dentons Europe LLP. Our professionals are available to provide any tailor-made advice at short notice.

Dentons is the world’s first polycentric global law firm. A top 20 firm on the Acritas 2015 Global Elite Brand Index, the Firm is committed to challenging the status quo in delivering consistent and uncompromising quality and value in new and inventive ways. Driven to provide clients a competitive edge, and connected to the communities where its clients want to do business, Dentons knows that understanding local cultures is crucial to successfully completing a deal, resolving a dispute or solving a business challenge. Now the world’s largest law firm, Dentons’ global team builds agile, tailored solutions to meet the local, national and global needs of private and public clients of any size in more than 125 locations serving 50-plus countries. www.dentons.com. 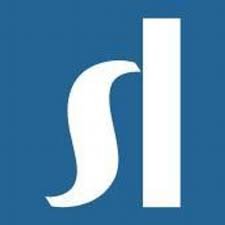 CANADA – SLAW Article: Why a Scent-Free Policy Not a Solution in the Detection of Cannabis Impairment