Because enforcement of patent rights in the U.S. is governed by federal law, the Schedule I status of cannabis continues to cast uncertainty over whether cannabis patent rights can actually be challenged or enforced. That uncertainty diminished with the filing of the first patent infringement case in federal court on a patent covering a cannabis-related technology on July 30, 2018 when United Cannabis Corporation (“UCANN”) sued Pure Hemp Collective, Inc. (“Pure Hemp”) in the United States District Court for the District of Colorado (United Cannabis Corporation v. Pure Hemp Collective, Inc.(Case No.: 1:18-cv-01922-NYW) for patent infringement.

( https://www.duanemorris.com/articles/patent_litigation_cannabis_industry_2_cases_to_review_0319.html) UCANN alleged that Pure Hemp is selling products that are encompassed by the claims of its patent, US 9,730,911. Pure Hemp denied infringement and counterclaimed that the UCANN patent is invalid and should never have been granted because similar products were well known long before the filing date of the patent.

These proceedings have now moved to the claim construction stage, a stage specific to patent litigation, The claims in a patent specify the rights to which the patent owner is entitled, just as language in a deed to real property specifies the boundaries of the real property. But, unlike the quantitative verifiable measurements taken to define the boundaries of real property, claim language can be imperfect and open to more than one interpretation.

Claim construction, that is, a determination by the court of the boundaries of the claims, is a critical step in any patent infringement case because how the claims are construed can play a significant role in the outcome of the case. In construing the claims, the court relies first on intrinsic evidence, which includes the claims, the patent specification, and the prosecution history. In cases where intrinsic evidence does not provide a clear construction, courts can then turn to extrinsic evidence such as relevant scientific principles, dictionaries, and in rare cases, expert testimony. Each party will argue for the construction most favorable to their position. The UCANN case is no different, although the outcome of arguments about one claim term may not have been what either party expected.

On January 23, 2020, Judge William J. Martinez at the United States District Court for the District of Colorado issued a Claim Construction Order. The parties disputed the meaning of two terms. The first, “cannabinoids,” appears in multiple claims; one example is shown below:

The parties also disagreed on the interpretation of the claim term “infused in a medium chain triglyceride (MCT)” as it appears in claim 31:

Pure Hemp argued that the phrase must be construed to recite a very specific heating step with specific times and temperatures described in the patent specification. In contrast, UCANN argued that the term needed no construction, but if the Court should conclude otherwise, the Court should construe the phrase according to specific dictionary definitions of the word “infused.” Judge Martinez took yet a third approach—after reviewing the sections of the specification relied on by Pure Hemp, he concluded that the language of the specification was unclear and the Court had no way of knowing what the proper interpretation of the term “infused” actually was. In doing so, the Court rejected Pure Hemp’s argument, noting: “Pure Hemp is nonetheless stumbling around a problem in claim 31, even though Pure Hemp has failed to identify it.” Judge Martinez then identified the problem sua sponte, further stating: “Claim 31 seems to be saying ‘take a liquid cannabinoid formulation and infuse it into a medium chain triglyceride.’ But how does one infuse a liquid into a liquid?” Judge Martinez concluded that claim 31 may be indefinite because the language might mean several different things and that such apparent indefiniteness prevented the Court from construing the claim at this stage.

So, rather than favoring either the narrow interpretation set out by Pure Hemp (which perhaps might have made it easier for Pure Hemp to argue that it did not infringe claim 31) or the broad interpretation set out by UCANN (which perhaps might have made it easier for UCANN to assert that Pure Hemp infringed claim 31), Judge Martinez indicated that he expected the parties to address the matter of indefiniteness through summary judgment. Both parties have requested a status conference in response to the Claim Construction Order. 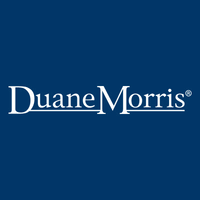