HB 701 passed its third and final reading in the House on a bipartisan 67-32 vote, ending a month of debate about how to implement Initiative 190, which legalized adult-use cannabis last November.

A bill to implement Montana’s adult-use marijuana program is on its way to Gov. Greg Gianforte’s desk for a signature.

On Tuesday, House Bill 701, introduced by Rep. Mike Hopkins, R-East Missoula, and backed by Gianforte, passed its third and final reading in the House on a bipartisan 67-32 vote, ending a month of debate in Helena about how to implement Initiative 190, which legalized adult-use cannabis last November.

HB 701 was one of three marijuanan bills that went to the Senate earlier this month, each offering a different vision of implementation, but it was the only one to return from the upper chamber for a final vote. When it was first introduced, the bill was blasted by conservation groups because it directed most tax revenue from adult-use cannabis into the state’s General Fund rather than to land conservation, as had been suggested in I-190. Republicans noted that only the Legislature can allocate tax revenues. The Senate nonetheless restored some marijuana revenue to conservation funding, specifically that for Habitat Montana, a program run by Montana Fish, Wildlife & Parks to pay for land easements.

On Monday, some House Republicans balked at that decision and voted the amended Senate version down. The bill was almost sent to a conference committee where lawmakers could try and hash out a compromise, but Hopkins was able to convince fellow Republicans to bring it back to the floor. On Tuesday it was brought up for a second reading, where Hopkins reminded hesitant Republicans that if it failed again, I-190’s language would by default become the law of the land and adult-use marijuana would be implemented without their input. 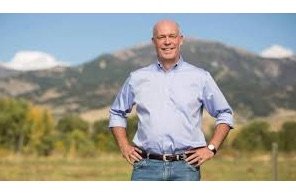