Montana’s Senate on Friday passed a bill to legalize recreational marijuana and direct taxes on the drug to support addiction treatment and conservation programs.

The bill passed out of the House earlier this month and was passed in the upper chamber by a 34-16 margin. It will go back to the House so it can approve the legislation with the Senate’s amendments.

Should the bill be signed into law, recreational marijuana sales would be taxed at a rate of 20 percent. Of the money raised, $6 million annually would go toward drug addiction programs, and 20 percent would go to conservation efforts. Other funds would be directed to state parks, wildlife protection, veterans services, police training and more. 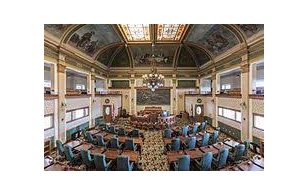