Effective May 10, 2020, it is considered an unlawful discriminatory practice in New York City for an employer, labor organization, or employment agency to require a job applicant to submit to a marijuana test as a condition of employment. By way of background, on April 9, 2019, the New York City Council passed (by a 41-4 vote) a bill (Intro. No. 1445-A) banning such testing. Because Mayor Bill de Blasio did not sign or veto the bill within 30 days of its passage, it became law on May 10, 2019.

The provisions of the law do not apply to people applying to work in the following positions:

The provisions of the law also do not apply to drug testing required pursuant to:

Now more than ever, employers in all jurisdictions should review their existing drug testing or substance abuse policies and determine how best to address any applicant or employee positive test result for marijuana. In jurisdictions like New York City and Nevada, which we previously reported here has a law that prohibits most employers from considering a pre-employment positive marijuana test result, employers may also need to consider working with their drug testing vendors and Medical Review Officers to ensure that job applicants are not tested for marijuana or that such tests are not reported in the final test result. As mentioned, more states are enacting medical and recreational marijuana laws and courts have issued employee-friendly decisions addressing existing laws, which makes it particularly important for employers to stay ahead of this evolving area of the law. 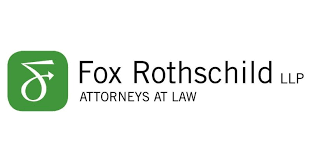