However, some of the key requirements that Shumlin wants to outline in any passed marijuana laws are unique.

For example, recreational legalization in Vermont wouldn’t include marijuana edibles. The concern with marijuana edibles is that they’re incredibly difficult to regulate. It’s tough to ensure the quality and content of THC in edibles remains consistent, it’s difficult for law enforcement officers to do their job if they can’t tell what foods do and do not contain marijuana, and it’s much easier for edibles to fall into the hands of adolescents. Another of Shumlin’s key points is that recreational marijuana laws need to be designed to keep adolescents from purchasing marijuana.

Another interesting point is that Vermont would look to strength its existing DUI laws. One of the biggest issues with marijuana’s legalization is the potential effect THC can have on a driver’s impairment. As we examined last week, Hound Labs is in the process of testing a breathalyzer that can measure THC content in a user, which, if approved, could wind up helping law enforcement in a big way by getting impaired drivers off the roads and ensuring law enforcement doesn’t arrest non-impaired drivers. Vermont could be a model for other states by setting harsh DUI laws with the assistance of Hound Labs’ devices.

Lastly, it’s interesting that Shumlin’s focus will only be on taxing marijuana at “modest” levels, as opposed to Colorado and Washington, which are taxing the product fairly aggressively. Oregon is probably the best model when it comes to competing against the black market because of the infrastructure that was in place well before voters chose to legalize recreational marijuana in 2014. However, Shumlin believes that keeping taxes low could drive a stake through the heart of the black market by making the legal product more cost-competitive. 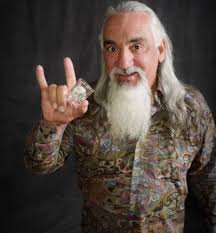