We learn BOD Australia Ltd had dispensed 549 MediCabilis prescriptions in September. Over at Creso, Supreme Court of Western Australia has made orders that the company convene a meeting of its shareholders to consider and vote on the share scheme and MGC announce they now have 400 prescribers. We’re not sure any of these numbers will change the world but it does illustrate a positive trajectory in terms of business being processed

It has been a busy day in the Australian cannabis industry with a series of an announcements being made this morning.

Here’s what has been happening today:

This cannabis company provided an update on the status of its proposed acquisition by PharmaCielo by way of schemes of arrangement. According to the release, the Supreme Court of Western Australia has made orders that the company convene a meeting of its shareholders to consider and vote on the share scheme. Shareholders will be invited to vote on the takeover by PharmaCielo on November 11 in Perth. The Creso Pharma board continues to unanimously recommend that shareholders vote in favour of the proposed schemes, in the absence of a superior proposal.

Also releasing an announcement this morning was this European based cannabis company. It announced that the number of patients which are being prescribed its standardised, affordable cannabinoid medicines have passed the 400-prescription mark. This doubles the number of prescriptions since its 200 milestone which was announced in mid-September. Management explained that the increase demonstrated patient interest and demand for its phytocannabinoid derived medicines, the quality and cost competitiveness of its medicines, and its increasing distribution rollout capabilities. 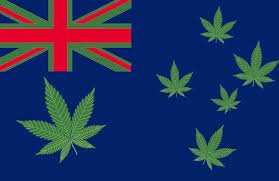