MSNBC Report: Thomas Pronouncement On Cannabis Not Necessarily About Cannabis Per Se

Their article argues that the judgement is in fact about federalism

Calling the broader situation a “contradictory and unstable state of affairs,” Thomas wrote that the current legal landscape “strains basic principles of federalism and conceals traps for the unwary.” To make his point, Thomas drew on a series of these “traps” that he asserts are set for people using or selling marijuana because of their reliance on state laws that make it legal:

Many marijuana-related businesses operate entirely in cash because federal law prohibits certain financial institutions from knowingly accepting deposits from or providing other bank services to businesses that violate federal law. Cash-based operations are understandably enticing to burglars and robbers. But, if marijuana-related businesses, in recognition of this, hire armed guards for protection, the owners and the guards might run afoul of a federal law that imposes harsh penalties for using a firearm in furtherance of a “drug trafficking crime.”

Thomas went on to note also how merely having both marijuana and a firearm could lead to a person “find[ing] himself a federal felon.”

The whole statement is a strong argument, to be sure, but it’s not new from Thomas. This has been his established marijuana position since 2005 — he was just pointing out on Monday how much more unconstitutional he believes the situation is now. More importantly to Thomas, addressing the gulf between the country’s de facto and de jure marijuana policy fits within a larger project of his (and other conservatives) that would see a reduced role for the federal government in many areas of the law.

Read the full article at. https://www.msnbc.com/opinion/supreme-court-justice-clarence-thomas-s-marijuana-statement-isn-t-n1272678 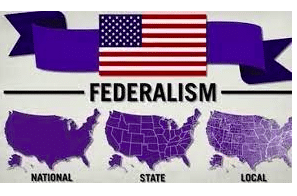