Derk Wiersum was gunned down in the street as he left his home in the Amsterdam suburb of Buitenveldert on Wednesday morning. Police are searching for a 16- to 20-year old man in a black hooded top who fled the scene on foot.

Wiersum, 44, was acting for Nabil Bakkali, a crown witness in a case against 16 men accused of five murders between 2015 and 2017, whose brother was also shot dead last year shortly after authorities named Bakkali as a witness.

Dutch media compared Wiersum’s killing to the targeted Mafia assassinations of investigating magistrates in Italy in the 1990s or the lawless Colombia under the drugs baron Pablo Escobar.

“This is confirmation that we live in a narco-state,” said Jan Struijs of the NPB union, which last year warned that the government and politicians were underestimating the scale of organised crime in the country.

Two of the main suspects in the case Wiersum was working on, Ridouan Taghi and Said Razzouki, are on the Netherlands’ most wanted list and the subjects of international arrest warrants. Eleven men, all alleged members of a cocaine-smuggling gang, are in custody, including Bakkali, who has provided police with more than 1,500 pages of statements against the group in exchange for a more lenient sentence.

The AD newspaper said the murder marked the beginning of a “new, dark phase” for the country, adding that although in the Netherlands “the prime minister still cycles to work” and lawyers, judges and prosecutors “move unguarded through life … the underworld has just strengthened its hold on the upper world”.

The paper said that despite plenty of government money and declarations of good intent, authorities “do not yet have a grip on the threat”, leaving police and justice officials “at the mercy of a narco-state over which the government has no control”.

The NRC Handelsblad newspaper said the Netherlands was “naive” in its approach to drugs, citing EU policing officials and unnamed sources in the drugs world, particularly Colombia, who allege the country is “the logistical centre for the cocaine trade in western Europe”.

The paper said that based on the 70,000kg cocaine seized in the ports of Antwerp and Rotterdam in 2018, at least 200,000kg must have been brought successfully into the Netherlands, worth an estimated €5bn (£4.4bn).

NRC said it was doubtful whether authorities had yet fully grasped the extent of the impact of such sums on Dutch society. “Put simply,” the paper said, “that kind of money buys anything – cars and nice houses, but also contract killers and corrupt officials.”.

John van den Heuvel, a crime correspondent who has been given police protection when reporting on Dutch gangs, told state radio he was “extremely concerned, again, at the way in which organised crime is underestimated in the Netherlands. Of everything I’ve experienced, this is an absolute low.” 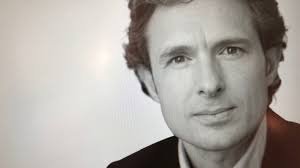