You may not have heard about magic mushrooms, but they contain a naturally occurring psychoactive and hallucinogenic compound. Psilocybin is classified as a Schedule 1 drug, meaning that the chances of abuse are high. These mushrooms are prepared by drying and mixed into drinks and food. The best part of these shrooms has a long history of being associated with self-discovery and spiritual experiences. It is wildly believed that drugs like shrooms and weed help people attain a level in their spirituality.

In my quest for self-discovery and independence, I’ve tried lots of therapies. Not like they didn’t work, but I didn’t get all the satisfaction my body desired. I knew I needed more. After a friend told me about Magic mushrooms canada, I decided it was time to try it out. I tried so hard not to abuse it, and the positive effects were amazing. 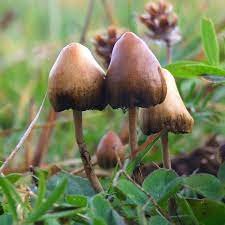 Here are some of the things I experienced using magic mushrooms for the first time:

A shift in personality

After I lost a loved one, it was hard to cope with life. I was withdrawn from reality because I was so attached to my father. He still lived in my head even after several months. I’ll forget that he is dead and walk into his room to ask for a favor. It was hard to come to terms with my reality. As a result, I shut everyone out and wanted to be alone. Everyone who approached me for a conversation could feel the resentment from afar. I didn’t see the need to show love or think I was lovable. A 2011 study showed that magical mushrooms increase open-mindedness in humans. When I read about this study in detail, I found the revelation exciting and wanted to see if the therapy would work for me. Alas, I tried it and realized that my mind became fertile for all kinds of positive ideas that I thought never existed. I was open to new experiences and became more creative than I ever thought.

It reduced my depression

It is hard to lose a loved one and remain the same. Psilocybin, the active ingredient in magic mushrooms, is known to provide spiritual consolation. It was used in ancient civilizations like the Aztecs and was a respected plant in that era. Modern neuroscience has also imbibed this natural therapy, and countless people have successfully treated their depression with this drug. I didn’t have to take an overdose to see the effect of the drug in my life. A single dose was enough to alleviate the symptoms permanently. No one ever forgets about all the bad stuff that has happened in one’s life, but the reaction to the aftermath matters a great deal. Even though I miss my father and wish he remains with me, I didn’t have to cry my heart out every night. Thanks to magical mushrooms, I experienced a rebirth. 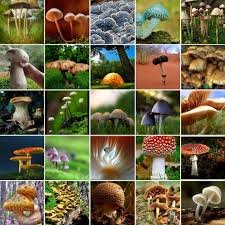 I’ve never believed in religion or spirituality and so didn’t depend on any supernatural being for any source of creativity. After my loss, I lost interest in practically everything. It was hard to develop solutions for my problems because I thought they didn’t even exist. I used to be creative, and my friends depended on me for innovative ideas to solve real-life problems. Things changed sooner than I thought. I went to them for solutions, and they were shocked that their powerhouse has been dismantled. They helped me nevertheless until I discovered magical mushrooms. It opened my thinking to all possibilities. I saw the world in a different light and became optimistic about it. It became evident that I could be whatever I want to be without any obstacle. I realized that all the impediments I had were self-imposed. When I discovered all of this, it was pretty easy to move on and chart a greater course.

It helped with my addiction

Thanks to my depression, I became used to smoking at my leisure. It started as a fun exercise, but soon, it grew into something I couldn’t do without. Unhealthy patterns like this one beg for quick answers. If you are caught up in any addiction, magic mushrooms can help you get over it. Drugs like cocaine and nicotine are hard to overcome, and even when you try, it weighs you down. When I think of how immersed I was in smoking; I didn’t even think I could get out of it how much more seamlessly. Until I was introduced to these shrooms, it didn’t occur to me that I could get over my addictions. I became more relaxed and determined to discontinue everything that stole my peace of mind.

If there is anything I’m thankful for, it is the fact that I met magic mushrooms at the early stage of my life. It didn’t have to get to where I would contemplate suicide before I decided I needed a rebirth. Even though it could be abused, there are countless positive sides to ingesting it. 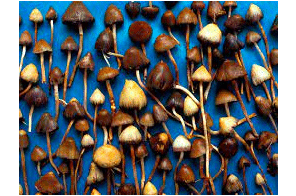