The Napa Valley register is reporting…

Jackie McGowan, a longtime stockbroker who switched to cannabis consulting and lobbying seven years ago, will appear on the lengthy list of candidates poised to take over if more than half of voters cast ballots against Newsom Sept. 14.

McGowan, a registered Democrat who moved to Napa from Livermore a month ago, seeks to battle what she calls an existential crisis in California’s legal cannabis market, which was boosted by the state’s 2016 legalization of non-medical sales but has battled high taxes, resistance from local governments and competition from the illegal market.

“I’m highlighting cannabis because we (in the industry) have been pushed aside for so long,” said the 46-year-old McGowan, who described herself as a now-disillusioned voter for Newsom during his successful 2018 election campaign. “This isn’t a game; this is literally life or death right now. The cannabis industry is in crisis, and it cannot be ignored any longer.”

In a Wednesday interview with the Napa Valley Register, McGowan, who spent 18 years in finance in Chicago and New York, promised to cut taxes for growers, distributors and retailers while pressuring cities still pushing back against the cannabis industry to legalize all adult-use sales – all in an effort to resuscitate a group of businesspeople she says Newsom first courted during his 2018 election campaign, then largely ignored.

“When you think of it in terms of the supply chain, first it affects nurseries, where the operator has to pay local and state taxes,” she said. “The cultivator produces the product and sells it to a wholesaler or retailer, and they have to pay the excise tax. It goes to the manufacturer, and that’s another tax. By the time it gets to the consumer, it’s been taxed 10 or 15 times depending on what jurisdiction you’re in.”

McGowan’s platform includes dropping the cultivation tax on cannabis while lowering the excise tax. In addition, cities where a majority of 2016 voters favored the Proposition 64 measure legalizing non-medical cannabis would have one year either to pass a local ballot measure opting out, or to authorize at least one retail outlet for every four liquor stores in its jurisdiction.
In addition, McGowan called for lobbying the federal government for the right to export cannabis to other states, and for all parts of the cannabis plant to be regulated equitably, whether the final projects are marijuana or non-psychoactive hemp.
Conceding the unlikelihood of advancing such an ardently pro-cannabis platform through both houses of the state legislature, McGowan declared she would seek to implement as many of the changes through executive orders as possible.
Read more at  https://napavalleyregister.com/news/local/napa-cannabis-advocate-jackie-mcgowan-announces-bid-for-governor-in-california-s-recall-vote/article_27d6fb87-4334-589c-8080-3b572e12e489.html
Share On Linkedin
Share Via Email 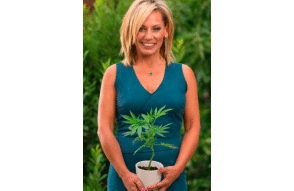