The North Bay Business Jnl writes.…..Banking off the growing popularity of the weed, a coalition of Napa cannabis dispensaries sent the City Council a letter on June 10 requesting it approve an ordinance to allow for adult-use sales.

And it just may be a new day and age for the Wine Country city that has been slow to warm up to making the substance legal as neighboring cities in Sonoma County have.

Napa City Manager Steve Potter believes the timing is good for the city to dip its toe into the cannabis waters that go deeper than allowing for medical dispensaries.

“Between the accumulation of social beliefs and values changing as well as a new council, it could be a lot more accepting,” Potter said, noting the council has two new members with last November’s election.

When Proposition 64 passed in 2016 allowing for expanding medicinal legal use in adults for recreational purposes statewide, Santa Rosa represented one of the first cities to jump on board in developing a program. Sonoma County followed, but the local government has just recently hit the brakes on the county Planning Commission’s recommendation to adopt a commercial cannabis cultivation ordinance that would expand the growing region. The plan was rejected in a 5-0 vote on May 18.

In Napa County, the board of supervisors has resoundingly turned down any movement into embracing that sort of agricultural crop on its signature, vineyard-laced hillsides. 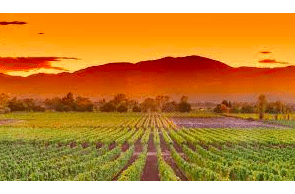