Another one of Colorado’s early recreational marijuana businesses has been acquired by a national company: Medicine Man, a network of four dispensaries and a 32,000-square-foot growing operation in the Denver area, has agreed to be purchased by Columbia Care in a deal estimated to be worth $42 million.

Columbia Care, which recently bought the Green Solution’s chain of 21 retail pot shops and production facilities in a $140 million deal, currently owns nearly seventy active dispensaries across thirteen states. If the Medicine Man acquisition goes through in the fourth quarter of this year as planned, Columbia Care will own 25 marijuana stores in Colorado alone, as well as a number of marijuana production facilities and infused-product brands. 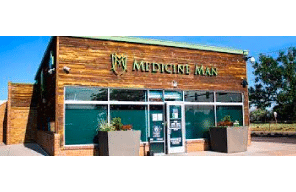