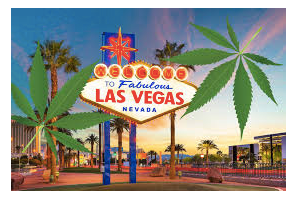 Nevada Cannabis Law – An Example for Other States?

With marijuana being legalized in more states than ever before, we’re starting to figure out which states handle it best. Some states have clear-cut regulations that have to be followed strictly, whereas others are more lenient with the substance. But if there’s one state that we can really learn from, it’s Nevada. Why? Read on to find out what makes this state such a great example for other states now and in the future.

Legalization and recreational use of cannabis in Nevada

Nevada took a little longer than other states to legalize marijuana. The state originally passed a medical marijuana initiative in 2000. This was followed by the decriminalization of the drug only a year after. It wasn’t until 2016, however, when the state legalized the recreational use of cannabis, alongside California, Massachusetts, and Maine.

As mentioned earlier, Nevada legalized medical marijuana back in 2000, 16 years before the legalization of recreational use. This trend was common among U.S. states, with laws only allowing for medical initiatives as opposed to recreational applications. Nevada legalized medical marijuana just four years after the first state to do so, California.

Because Nevada was one of the earlier states to legalize both medical and recreational usage of marijuana, quite a few cannabis dispensaries have cropped up over the years. For example, Nevada’s Clark County is home to a grand total of 80 licenses. It’s safe to say that dispensaries are doing really well in Nevada thanks to state law.

This is true for Nevada’s most famous city as well, Las Vegas. As the Gambling Capital of the World, it’s no surprise that the city is teeming with cannabis shops and dispensaries, with both recreational and medical marijuana easily available. As of January 2018, there were 22 dispensaries in the Las Vegas area. Some people have even questioned whether or not there were too many dispensaries already.

Nevada – an example for other states

Nevada’s laws surrounding cannabis are clear-cut and are lenient enough for people who do not have direct access to the substance. If by any chance, you don’t live near a dispensary, Nevada law allows anybody to grow their own marijuana. There’s just one catch, though – you can’t live any closer than 25 miles from the nearest dispensary. Any closer, and you’ll have to buy your marijuana instead of growing it. And since you can find dispensaries in many cities across the country, you’ll only be able to grow your own cannabis in the countryside.

And that’s not all. If you are in a place where you’re allowed to legally grow marijuana, you still have to abide by a few regulations. For example, you can only grow a total of six plants at a time. You can only grow the plant indoors and away from public view, too.

It is always important to remember, though, that while Nevada allows medical and recreational marijuana, the drug is still illegal under federal law. The chances of dispensaries being shut down and people being arrested for ownership are highly unlikely, but the federal government does have grounds to do so.