Brian Padgett, a former owner of CWNevada is in all sorts of trouble and has now had his law license suspended for failure to pay annual dues to the State Bar of Nevada.

A Las Vegas lawyer accused of writing $400,000 worth of bad checks has had his law license suspended for failure to pay annual dues to the State Bar of Nevada. 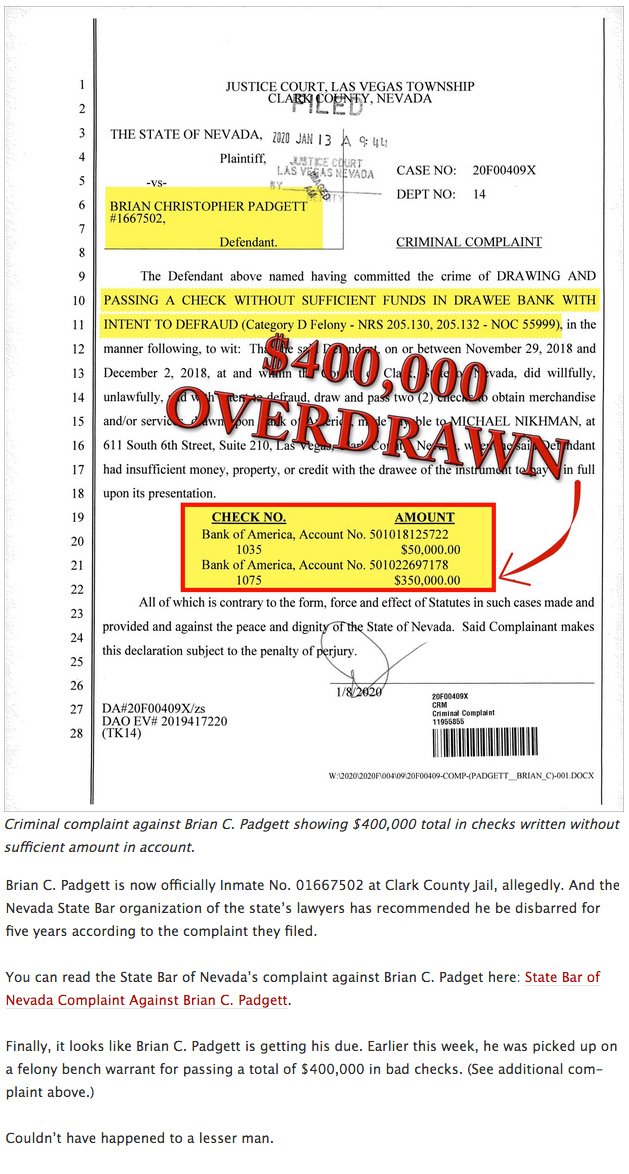 It looks like one of my favorite Las Vegas attorneys, Brian C. Padgett, has finally hit the big time. And by that, I mean he hit the pages of the Las Vegas Review Journal, which published a story by Glen Puit the day after we posted a similar story about Padgett being arrested and charged with passing $400,000 in bad checks. (Las Vegas attorney charged with writing $400K in bad checks)

In the story, Puit wrote,

“Clark County prosecutor Michael Giles said in a recent Justice Court hearing that Padgett was arrested by Las Vegas police “in his vehicle in a McDonald’s parking lot in the middle of the night.”

We’ll be watching to see how this plays out. At least for now Padgett is getting some attention from law enforcement and other media. About time. All you need to do is read through the articles on this website detailing the litany of issues Padgett has been involved with during his adult life here in Las Vegas. And check out our sister sites, briancpadgett.net and his baby mamma’s website, jenniferlazovich.com for more information and other detailed stories.

There was also this in July

The new Nevada regulator, the Cannabis Compliance Board, signed off on the agreement with CWNevada LLC, whose majority owner is attorney Brian Padgett this past Tuesday. As a result of the settlement, CWNevada will pay $1.5 million in back taxes, $1.25 million in fines, lose six licenses and must sell its remaining eight licenses.

Padgett has been replaced by a receiver, Dotan Melech, who signed off on the agreement. In addition to the fines and back taxes, CWNevada also owes $300,000 in back pay to employees.

The owners talking trash about “medical” patients was not ok with me. I met some good Workers but the owners can bite a snake

It’s too bad the owner was such a scumbag 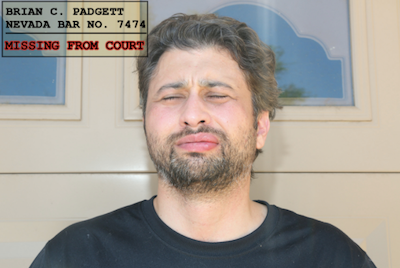