An acrimonious battle over the distribution of coveted marijuana dispensary licenses in 2018 spilled over into the Legislature on Thursday, with sharp opposition to a measure that would allow applicants who lost out on the licenses another chance to open new stores.

SB235, sponsored by Sen. Dallas Harris (D-Las Vegas), includes a provision giving “social equity” applicants who have been adversely affected by the War on Drugs a leg up when applying for a Nevada marijuana license. The bill’s most controversial element by far would create a new path for additional dispensaries in the dog-eat-dog cannabis market.

“First, it will allow better access for patients to obtain their medicine. Second, it will address the major flaws in the last licensing process. Third, it will give local Nevada cannabis businesses the opportunity to help Nevada get back on its feet,” said supporter John Ritter, who is affiliated with the marijuana company The Grove and has long been fighting the licensing procedures from 2018.

Unlike most other business types, retail cannabis stores are capped in number by government. A 2018 round of licensing doled out 61 dispensary licenses to 17 different companies even though 127 businesses applied. That drew almost immediate backlash from those who didn’t win; they argued the state’s process was riddled with problems.

After lengthy and complex litigation, Judge Elizabeth Gonzalez concluded last year that certain actions by the Nevada Department of Taxation, the state agency that issued the licenses, created “an uneven playing field because of the unequal information available to potential applicants.” But she said neither monetary relief nor new licenses should be doled out as a result. 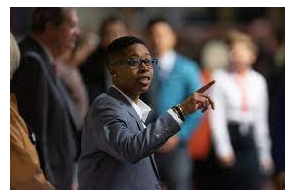