Never Mind The Botanists, Here’s Canopy In The UK

If you wish to republish this story please do so with following accreditation
AUTHOR:  MARK TAYLOR
PUBLISHER:  CANNABIS LAW REPORT

Their future dream is a hothouse scheme, and after months of teasing its Canopy in the UK, finally.

The Canadian medicinal marijuana luminary on Monday announced the creation of Spectrum Biomedical UK, a dedicated British firm targeting the underserved and uneducated but highly lucrative UK market, alongside a new Polish entity as part of a massive European campaign.

Britain tweaked legislation in November 2018 to allow specialist doctors in the UK to prescribe cannabis-based medicines to patients managing a wide range of symptoms – from chronic pain, chemotherapy-induced nausea and vomiting, to muscle spasticity for those with multiple sclerosis.

However take-up has been slow; doctors have been loath to prescribe, and Britain’s Home Office, which pushed through the rule change, has also been described as “unhelpful” by individuals hoping to obtain medicinal cannabis legally.

Although the rule change came into effect in November, not until December did the first Briton to be prescribed cannabis emerge.

Carly Barton, of Brighton, a former teacher, was prescribed medicinal cannabis by a private practitioner, only to them have to hurdle multiple regulatory and bureaucratic roadblocks in order to get her hands on about three months worth.

These included ordering it from the Netherlands at a cost of several thousand dollars, and then wait an undetermined amount of time for the Home Office to approve the import.

Barton said she was more likely to return to the black market in future to save time, money and effort.

Canopy say the launch of Spectrum is “to address a groundswell of patient need for high quality, standardised cannabis-based medicinal products in the UK”, but the firm did not explain how it would negotiate the unwelcoming regulatory environment.

“There is significant real-world and clinical evidence supporting the safety and effectiveness of cannabis-based medicinal products,” said said Dr. Mark Ware, chief medical officer at Canopy. “However, due to the current regulations and lack of education about medicinal cannabis among clinicians in the UK, there remain considerable obstacles to patient access.”

The firm claims it has the expertise and ambition to simplify the UK medicinal cannabis landscape, according to Ware, and will push hard to ensure those who need it, get access to cannabis-based medicinal products.

It will begin by lobbying UK patient groups and doctors and launching a physician education program to open research to UK docs.

Canopy is currently the largest publicly traded marijuana company and on market valuation boasts a market cap of $9.5bn, so there are few firms better positioned to crack open the British market and make inroads into Europe.

How many ways to get what you want

As part of the same announcement, Canopy said its Polish team, Spectrum Cannabis Polska, completed a “rigorous” regulatory approval process and it can now sell into Poland.

The company had its high-THC whole flower product, Red No. 2 waved through import channels following months of talks.

“This shipment is an important first step in a new European market towards building our pan-European operations,” said Dr. Pierre Debs, managing director of Canopy Growth Europe. “We continue to follow our overall plan of self-sufficiency in Europe to be able to best provide individuals with high-quality medical cannabis.”

Spectrum Cannabis Polska is a new entity and the fifth of its kind for Canopy in European markets.

According to the Polish Pharmaceutical Chamber, which represents about 15,000 pharmacies in Poland, it is estimated that up to 300,000 patients could qualify for medical cannabis treatment. 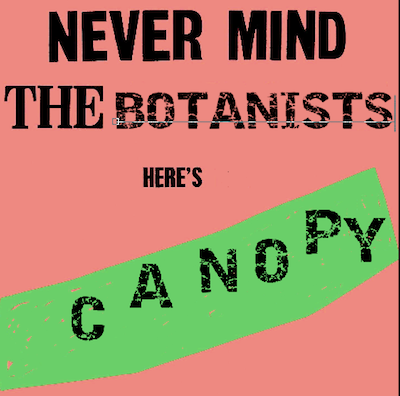