NH  legislators have considered more than a dozen bills related to marijuana this year, but fewer than half of them became law.

A push to have the state join others that have legalized recreational use of the drug fizzled, as did efforts to expand the qualifying conditions for the state’s medical marijuana program and to allow patients to grow their own supply.

Of the 13 bills, five were enacted, including one allowing physician assistants to prescribe medical marijuana and another eliminating the requirement that providers have three-month relationships with patients before writing prescriptions.

Republican Gov. Chris Sununu had vetoed the bill related to the three-month provider relationship, but enough Republicans joined Democratic majorities in the House and Senate to override the veto Thursday.

As a practicing physician, Sen. Tom Sherman has certified patients as medical marijuana recipients. In arguing for a veto override, he asked colleagues to imagine requiring a psychiatrist to wait three months before prescribing a drug or a cardiologist telling a patient with heart trouble to wait.

“What do we call that? We call that malpractice, and delay of care,” he said. “We all need to override this veto because as a practicing physician, right now, to not do so means that we are not practicing appropriate medicine in these cases.”

The Legislature also established an annulment process for those convicted of possessing up to three-quarters of an ounce of marijuana before 2017, when the state decriminalized the drug in small amounts.

New Hampshire legalized medical marijuana in 2013. As of late last year, more than 7,000 patients were enrolled in the program. The list of qualifying medical conditions has been expanded over the years to include cancer, traumatic brain injury, Alzheimer’s disease and more than a dozen other illnesses.

Lawmakers did not pass a bill that would have replaced the long list with “any condition for which treatment is determined to be necessary by a provider.”

That bill was sent back to committee. Lawmakers also delayed action on a bill that would have added opioid use disorder to the list and another that would have added Lyme disease, insomnia and anxiety. State health officials and the program’s oversight board are holding a public hearing on those four proposed additions on Sept. 25, with written comments accepted until Oct. 2. 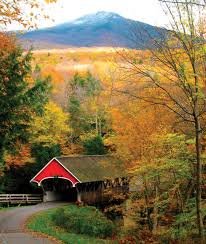