Here’s the list of what they say they have to/will do.

As you can see there are more than a few issues in there. But.. cannabis does get a mention (we have highlighted in green)

Will it happen? We shall see

– Shuttering the ministries of digital affairs, water, community promotion and strategic affairs, with the latter being folded into the Foreign Ministry.
– Establishing a state commission of inquiry to probe the deadly crush during Lag B’Omer celebrations at Mount Meron in northern Israel in April, in which 45 people were killed.
– Constructing two hospitals, one in the Negev in the south of the country and one in the Galilee in the north.
– Establishing an additional airport.
– Establishing a university in the Galilee.
– Establishing a budget for unfunded students at Ariel University in the West Bank.
– Submitting a master plan for transportation in the West Bank.
– Promoting a national plan for strengthening and developing northern Israel.
– Setting annual expansions to the basket of health services to provide additional medicine, equipment and medical technologies.
– Providing assistance to the hotel and tourism industry in light of the pandemic, including tax relief, flexible furlough policies and compensation for new businesses.
– Promoting a program to eradicate crime in the Arab sector.
– Increasing income support allowances for senior citizens to 70% of the minimum wage.
– Passing a Welfare Services for Persons with Disabilities Law, and encouraging the use of sign language.
– Promoting and implementing reform measures for IDF veterans with physical and mental trauma.
– Establishing an emergency program for women in crisis.
– Promoting the deployment of fiber-optic cables in periphery towns and in the Arab sector.
– Lowering housing costs, marketinh affordable housing and adding 300,000 housing units to the housing market.
– Exploring providing unemployment benefits to the self-employed.
– Instituting comprehensive reform to the Standards Institution of Israel.
– Reducing regulation, removing bureaucratic barriers and promotinh digitization of government services.
– Setting a national goal for raising the number of high-tech workers to 15% of the entire workforce by 2026.
– Ensuring Israel’s national interests in Area C of the West Bank is under full Israeli security and civil control, allocating resources to the Defense Ministry to beef up enforcement against construction violations and illegal takeover of land.
– Splitting the positions of state prosecutor and attorney general.
– Promoting legislation to impose a two-term limit on the position of prime minister.
– Promoting the enactment of the Basic Law for legislation.
– Passing a Draft Law consistent with the outline promoted by the Defense Ministry (during the transition period, the exemption age will remain at 21).
– Examining a new model for national service for minority sectors.
– Increasing Jewish immigration to the State of Israel.– In addition to serving as justice minister, New Hope chairman Gideon Sa’ar will also have the title of deputy prime minister.
– The government will promote a plan to clamp down on illegal Palestinian construction in Area C of the West Bank (settlement watchdogs have criticized this as Palestinians are rarely given permits to build legally).
– Splitting the position of attorney general into two roles.
– The government will pass legislation decriminalizing the use of marijuana and introduce legislation to fully regulate the cannabis market, including for medical use.

– The government will work to advance full gender equality, including in public sector hiring and payment.
– The parties agree to advance the rights of the LGBT community in Israel.
– The parties will work to cancel legislation barring supermarkets from opening on the Sabbath.
– A new department will be established in the Diaspora Affairs Ministry to expand Israel’s outreach with the liberal streams of Judaism abroad. 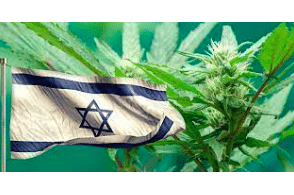