In a decision that could have sweeping effects on New Jersey employers with drug-free workplace and drug-testing policies, the New Jersey Appellate Division in Wild v. Carriage Funeral Holdings ruled that the New Jersey Law Against Discrimination (“LAD”) may require employers to reasonably accommodate employees who use medical cannabis permitted by the state’s Compassionate Use Medical Marijuana Act, N.J.S.A. 24:6I-1 et seq.(“CUMMA”).

Plaintiff Justin Wild (“Wild”) was a funeral director at defendant Carriage Funeral Holdings (“Carriage Funeral”). As permitted under CUMMA, Wild had been prescribed medical marijuana to manage pain and complications associated with his cancer and had used marijuana during non-work hours to treat his symptoms. Wild did not disclose his use of medical marijuana to his employer. Carriage Funeral learned of Wild’s medical marijuana use only after Wild was involved in a motor vehicle accident while on duty and was taken to the hospital. Although the attending emergency room doctor apparently said that it was clear that Wild was not under the influence of marijuana, Carriage Funeral ultimately required Wild to undergo a drug test, which came back positive. Carriage Funeral’s corporate office terminated Wild’s employment due to his failure to inform his supervisor that he had been taking medication that might adversely affect his ability to perform his duties.

Wild sued for disability discrimination and failure to accommodate, but the trial court dismissed his claims. As to the discrimination issue, the trial court held that because the use of medical marijuana is still prohibited under federal law, the fact that Wild had failed drug tests was a legitimate business reason for Carriage Funeral to terminate his employment. As to the accommodation issue, the trial court found that CUMMA “does not contain employment-related protections for licensed users of medical marijuana.”

The Appellate Division reversed, holding that the declaration in CUMMA that states, “Nothing in this act shall be construed to require … an employer to accommodate the medical use of marijuana in any workplace,”[1] does not mean that the LAD may not impose such an obligation. Rather, the employer’s obligation to accommodate under the LAD must be analyzed on a case-by-case basis.

The Appellate Division bolstered its decision by noting that CUMMA states that employers are not required to make workplace accommodations for medical marijuana users. The court explained that, here, Wild had discussed with Carriage Funeral his need to use pain management medications, including marijuana, when he was off duty. Thus, because Wild had only sought accommodations for his off-duty, off-site use of medical marijuana, the court ruled that CUMMA does not impact the rights granted by the LAD and, by implication, that the employer might have a duty to accommodate such off-duty, off-site use.

The Wild decision is the latest case in which a court, interpreting a decriminalization statute that does not require nondiscrimination or reasonable accommodation of medical marijuana users, has held that the employee may nevertheless be entitled to such protections. As previously reported here, here, here, and here, over the last two years, courts in Connecticut, Massachusetts, and Rhode Island have found that employers may have an obligation to accommodate an individual’s off-duty, off-site use of medical marijuana, where those states’ decriminalizing statutes expressly provide that employers are not required to accommodate use in the workplace.

What New Jersey Employers Should Do Now

Given the proliferation of state legislation legalizing medical and recreational marijuana use, and the uptick in lawsuits interpreting those statutes, employers should consider a comprehensive review of their drug-screening policies and protocols. In light of the Wild decision, New Jersey employers should also consider the following regarding testing for marijuana use by employees and applicants: 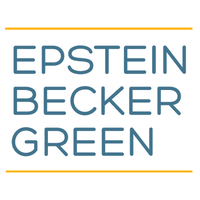