The Mayor is disgusted, apparently…

After reporting these sort of stories for the past five years we find they calm down after about 18 months and are happy to rake in the tax dollars, or that they are out of a job.

“I can’t tell you how upset I am,” Mayor Jay Gillian said during comments at a City Council Zoom meeting.

Clearly livid, Gillian launched a broad attack against pot’s legalization and was joined by the seven-member governing body.

At one point, Gillian bluntly added, “This disgusts me.”

Gov. Phil Murphy, who made his support of recreational marijuana a major campaign issue, signed three bills on Monday to legalize pot for adults 21 and older and to decriminalize it for people under 21.

The governor’s bill signing ended a three-year political saga and fierce debate in the Statehouse on how to regulate and tax the marijuana industry.

From the start, Ocean City’s Council has objected to marijuana’s legalization, passing an ordinance in 2019 to ban the sale of pot in a town that bills itself as “America’s Greatest Family Resort.”

All of the other Council members echoed Barr’s comments.

Gillian and City Council vowed to continue to fight against provisions in the marijuana legislation, particularly those that decriminalize pot use among young people and place limits on police enforcement.

“I’m not giving up on this,” Gillian declared.

Gillian believes that the decriminalization of pot smoking for young people is “the last thing kids need.”

“They need structure,” he said. 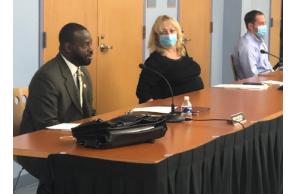