By NEW JERSEY STATE ASSOCIATION OF CHIEFS OF POLICE October 12, 2020

Later this year, NJ voters will be asked to cast their vote on a constitutional amendment that would legalize recreational marijuana in our state for people 21 and older. This is a significant issue that most assuredly will impact public safety and quality of life issues for the residents of our New Jersey communities, as well as for the millions of visitors that we welcome to our state each year. Thus, it is not too early to begin the discussion and offer deliberative information to help you make an informed decision.

First, it is important to dispel the belief that marijuana is a “benign” drug, as many seem to believe. Newly developed strains of marijuana are far more potent than what people were smoking in the past. An exponential increase in the level of THC, marijuana’s psychoactive ingredient, has risen from 3.7% to more than 20%; some cannabis concentrates even contain close to 100%THC. States where recreational marijuana has been legalized have seen a dramatic increase in children and teenagers receiving emergency room treatment for marijuana toxicity.

Marijuana use by drivers puts everyone at risk. According to a recent AAA report, many marijuana users mistakenly believe that marijuana does not impair their ability to operate a vehicle. In states where recreational marijuana has been legalized, such as Washington and Colorado, one in four drivers admit to driving within one hour of using marijuana.

The “black market” is stronger than ever in states that have legalized recreational marijuana, and some of those same states have found it difficult to keep pace with the regulatory aspects related to the legal industry. In Colorado, law enforcement have used garbage trucks to collect the illegal marijuana they’ve seized in raids from homes and businesses. In 2017, 58 percent of all drug-related murders in Nevada involved marijuana. In California, legal growers are asking law enforcement to step up enforcement against illegal operators whose production of illegal marijuana continues to rise seemingly unabated.

To some, marijuana is viewed as a harmless drug and legalizing its use by public referendum a foregone conclusion. IT IS NOT and predictions are not always accurate. It is unrealistic to believe there will not be unintended consequences if recreational marijuana is legalized, as residents in the states where it has been legalized have come to realize. Nor should it be assumed the promises made by those pushing so diligently towards legalization will be totally fulfilled. The pot of gold will be shared by only a few.

Gathering information from trusted sources is crucial, and deliberation before decision making essential, because how this referendum is decided will directly impact our sense of security and safety in our neighborhoods and on our streets in the present and in the future.

by New Jersey State Association of Chiefs of Police 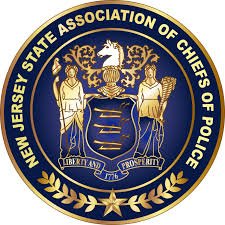