“We should not touch the voter-approved tax schedule. We should not impose any additional taxes that will put the cost of legally purchasing marijuana out of reach for the communities that have been impacted the most,” Sweeney and State Sens. Teresa Ruiz (D-Newark) and Nicholas Scutari (D-Linden) said in a joint statement.

The constitutional amendment legalizing recreational marijuana capped the state sales tax on marijuana purchases at 6.625%, with local government given the option to levy their own 2% tax.

Because of the way the ballot question was worded, those taxes wouldn’t be applied at the point of sale, but the costs would still likely be passed onto consumers.

The senators further called for all revenues from marijuana sales be dedicated toward communities of color disproportionately impacted by the war on drugs.

“We are announcing today that all state revenue from legalized adult-use cannabis should be dedicated to impacted communities to reverse the harmful effects of systemic racism in our criminal justice system, from arrest to sentencing to incarceration,” they said. “Those drug laws, with their mandatory minimum sentences, destroyed the lives of too many people of color, and we need to ensure that those new revenues are dedicated where they can do the most good to revitalize our communities.”

The draft of the enabling legislation advanced by the Senate Judiciary and Assembly Oversight Committees on Monday drew criticism from activists who said the measure provided more funding to police than it did to those communities. 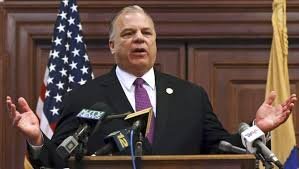