New Leaf Data Services & the Supplemental Register Sneak Attack: A Preview of the Many Cannabis Intellectual Property Battles in the Years to Come

Remember this date: February 12th, 2020. This was the day New Leaf Data Services, LLC filed a federal complaint in the District of Connecticut against PanXchange, Inc. 1 for trademark infringement regarding each other’s use of the words “Hemp Benchmarks” in connection with hemp commodity data services. While New Leaf Data Services’ complaint makes several claims for relief, for the purpose of this examination we’ll focus on the federal trademark infringement claim. Before we get into what makes this momentous, let’s set the stage. 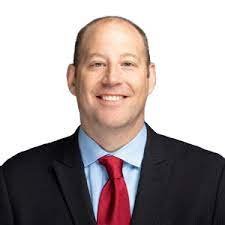 Federal trademark infringement lawsuits are not uncommon. In fact, federal and state trademark law requires mark holders to continuously use and enforce their trademarks or risk losing all rights and title to the marks by having the marks be deemed abandoned for no longer serving their purpose – which is of course, identifying a unique source of goods or services to the consumer.

This lawsuit is particularly noteworthy because of its place in the cannabis sector. The cannabis industry is relatively new to U.S. markets and has not developed a substantial body of litigation. This is partly due to the limited resources available to an industry – an industry that is in constant conflict with federal law and a feeling from cannabusinesses that limited resources are better allocated to improving product design, carving our market space, and maximizing sales to consumers as those priorities generate income, while litigation costs a tremendous amount of time, resources, and money with no guarantee that the plaintiff will prevail and recover its costs.

However, as the cannabis industry has grown, so has the pool of resources industry players can draw upon to advance their business agendas. Prior to 2018, the cannabis industry was a new and emerging industry that was making significant strides in U.S. commerce. Now, with the passage of the Agricultural Improvement Act of 2018, commonly known as the 2018 Farm Bill, industrial hemp products containing cannabidiol (CBD) were given a path to legalization, supercharging the CBD industry into a multi-billion-dollar industry with some estimates as high as 23- billion-dollar industry by 2025.

That brings us back to New Leaf Data Services vs. PanXchange, a litigation perfect storm. We have two established hemp commodity data providers that have evolved to the point where both are ready and financially able to defend their cannabis territory against competitors through costly litigation in an industry that does not have a long history of industry specific litigation to rely on for guidance. The battlefield is over the word “Hemp Benchmarks” as used in connection with industrial hemp commodity data services provided to consumers.

New Leaf Data Services’ claim to the mark “Hemp Benchmarks” goes back as early as February 29th, 2016 although this date does not necessarily grant New Leaf Data Services exclusive use of the mark back to that date. New Leaf Data Services attempted to register this mark as a federal trademark on the United States Patent and Trademark Office (USPTO) Principal Register on March 2nd, 2016 (see USPTO Trademark Registration No. 5079914). However, the USPTO denied registration on the grounds the mark “Hemp Benchmarks&#39;&#39; is merely descriptive of the services New Leaf Data Services offers to the public. In a USPTO Office Action dated August 9th, 2016 the USPTO Examiner stated, “In this case, both the individual components and the composite result are descriptive of applicant’s services and do not create a unique, incongruous, or nondescriptive meaning in relation to the services. Specifically, the mark in its entirety merely describes the particular type of services offered, namely, providing benchmarks for a specified commodity, namely, hemp.”

This rejection arguably makes complete sense when you reduce “Hemp Benchmarks” to a formula and start swapping “Hemp” and “Benchmarks” with other adjectives and nouns. The formula would read [insert commodity here] [Insert statistical identifier here]. A business that sells “gold statistics”, “crop analytics”, or “oil markets” should not be able to prohibit competitors from using these identifiers as the identifiers are basic to expressing the nature of their service and do not serve to uniquely delineate the source of the services. If the USPTO were to grant New Leaf Data Services a federal trademark for this mark, New Leaf Data Services would be entitled to use this mark in an anti-competitive way to prevent competitors from truthfully using adjectives and nouns to describe their own services.

Two well-known examples of descriptive marks that have acquired distinctiveness, or secondary meaning are “Mrs. Field’s Cookies” and “National Car Rental.” Both of these marks initially did not provide any meaningful identification of the source of the goods other than merely describing the goods themselves. Mrs. Field made cookies, and National Car Rental rented cars nationally. To grant them U.S. trademark protection at the outset would unfairly prevent competitors from lawfully describing their goods and that is not helpful to consumers.

However, over time both these marks became synonymous with their respective purveyors. A consumer presented with Mrs. Field’s® Cookies mark immediately associated that mark with the delicious chocolate chip cookie smell in every mall across America. National® Car Rental went from a descriptive term to an identifiable source as one particular car rental service provider in every U.S. domestic airport with a counter somewhere after Avis® Rent a Car and before Thrifty® Car Rental. In the mind of the consumer these names became more than just identifiers and the consumer began connecting them to specific goods and
services.

A full analysis of the New Leaf Data Services likelihood of success in proving acquired distinctiveness is not possible at this stage as we have not seen the evidence to support their position but For New Leaf Data Services to prevail, U.S.trademark law requires they must present evidence of acquired distinctiveness. The USPTO provides some guidance on how they may do so. Acquired
distinctiveness may be demonstrated through a variety of evidence but the more descriptive the nature of the mark seeking secondary meaning the higher the burden of proof on the party seeking protection. The USPTO addresses this standard and references court cases that state, “Typically, more evidence is required where a mark is so highly descriptive that purchasers seeing the matter in relation to the named goods or services would be less likely to believe that it indicates source in any one party. See, e.g., Royal Crown Co. v. Coca-Cola Co., 892 F.3d 1358 (Fed. Cir. 2018) [Cites Abridged] Research showing that third parties in applicant’s field or closely related fields use the same or substantially the same wording as the mark, or very similar wording as the mark, tends to indicate the mark is at least highly descriptive.”

Should the court determine that “Hemp Benchmarks” is unlikely to be perceived by the consumer as a unique identifier of the source of the services and more indicative of the type of services provided then the court will make a determination that the mark is highly descriptive and perhaps, has not acquired a secondary meaning. Further, the fact that both parties are using identical marks in identical fields to identify identical services – data on a specific commodity – is not evidence in support of New Leaf Data Services’ position. In light of these two factors, New Leaf Data Services burden of proof is raised that much higher, and their position will be that much more difficult to prevail in court.

Further, evidence of acquired distinctiveness may be presented in the form of the length of time the mark has been in use. TMEP §§1212.05–1212.05(d)) states, evidence of acquired distinctiveness may be in the form of “[a] verified statement that the mark has become distinctive of the applicant’s goods or services by reason of the applicant&#39;s substantially exclusive and continuous use of the mark in commerce for the five years before the date on which the claim of distinctiveness is made.” The question becomes when exactly did New Leaf Data Services begin using the mark “Hemp Benchmarks?”

Per New Leaf Data Services’ USPTO Supplemental Registry their first use of the mark in commerce is as early as February 29, 2016 but, in their complaint, they identify PanXchange’ s use of the mark in commerce less than five years later – December 23rd, 2019. By New Leaf Data Services own admission, they have not been using the mark exclusively in commerce for five years; thus, taking this form of acquired distinctiveness evidence off the table.

This leaves New Leaf Data Services in the difficult position as to what evidence they can present of acquired distinctiveness for the mark “Hemp Benchmarks.” Their burden of proof is already extremely high as the mark is only registered on the Supplemental Registry as a descriptive mark. They will face a significant hurdle should the court find the mark is “highly descriptive” and thus
elevate their burden of proof that the mark has secondary meaning. They have not demonstrated that they have used the mark exclusively in commerce for a minimum of five years; thus, eliminating this statutory method of favorable evidence. New Leaf Data Services’ best chances of success rest on whether they can present evidence in the form of substantial surveys demonstrating a significant number of consumers actually associated “Hemp Benchmarks” as a source identifier definitively linking New Leaf Data Services with the hemp commodity data to the exclusion of other potential sources; i.e., PanXchange, that may be using
the same mark.

Needless to say, the entire cannabis industry is closely watching this fight as it represents a milestone in the evolution of the industry and will serve as a guidepost for future cannabis trademark battles. May the best legal position win.

For questions on this article or to speak to an attorney, please contact Hoban.Law today! 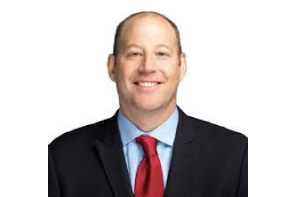