New Takeo provincial Police chief Major General Chheang Phannara has committed to eliminating all marijuana plantations in the province during his tenure.

Maj Gen Phannara said yesterday that some local people, but also people living outside of the province, were coming to plant marijuana in the mountains, where the rugged terrain made it difficult for the authorities to search for them.

“I have been Takeo Provincial Police Chief for just one month, but I am committed to ending the marijuana industry in Takeo. I will continue to hunt them until none remain”, said Maj Gen Phannara.

He added , “During the first month of my tenure, 500 square metres of plantation was destroyed and police have sent the growers to court”. 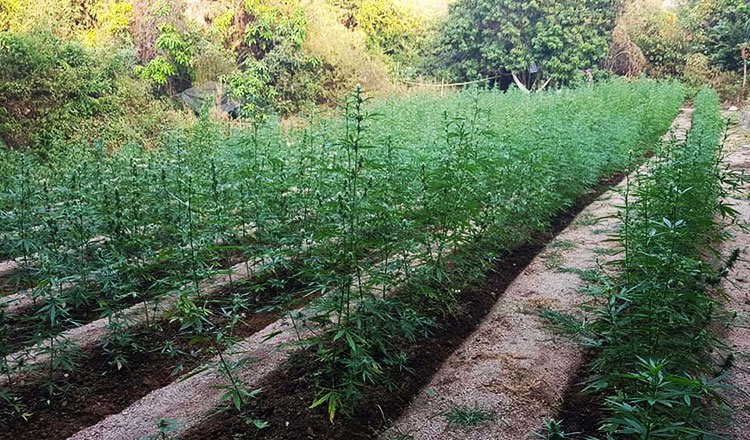 Kirivong district police chief Colonel Yok Sarath said there some illegal plantations in Kirivong commune, but that police had seized 250 kg of fresh marijuana and nearly six tonnes of dried marijuana in 2021.

He said police burned marijuana plantations in 174 locations, and destroyed 107 illegal reservoirs, used by the growers to irrigate their plants.

Col Sarath added, “The punishment for marijuana cultivation depends on the amount of marijuana seized.” 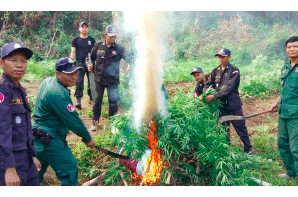