Green II: Spreading Like Kudzu, is the inside story of the first ever German cannabis cultivation bid. Set against a socio-economic backdrop globally of massive change and certainly one of the most challenging periods of global history since WWII, cannabis reform by itself of course adds an extra strange twist if not spice to the mix.

Green is at first a business book. It begins with an overview of the economics of the industry itself, including fundraising tactics, and business history, including cannabis reform in other countries – like Canada – which has also played a huge role in the development of the European market – for good and for bad.
This begins with the story behind the first ever German cultivation tender bid itself, and the backstabbing power-play that broke out in Europe as highly leveraged Canadian pot companies, listed on North American exchanges via the controversial practice of “reverse IPOs” – in this case mining company shells – needed to raise capital fast. Patients controlled their right to cultivate their own crops in Canada at the Supreme Court and scandal after scandal involving pesticides and false accounting began to break.

This began with the fact that at first, until the first round of lawsuits cleared at a federal court in Düsseldorf in 2018, all German hopefuls for the right to grow medical cannabis (for German citizens covered under statutory health care), were excluded from participating in the tender at all. Of the final three winners, only one is ostensibly “German” and is the by-product of a very stranger merger/cooperation with a large public Canadian company to this day.

However, the story of the European industry is not just about the medical market (which itself is full of strange deviations from the pharmaceutical industry it is currently evolving into in some places). There is a culture, and a history which floats over all financial transactions and market corrections, let alone patient counts.
Green II, the second in a series, looks at some of the cannabis scented socio-economic gaps in what Europeans if not Germans believe to be comprehensive healthcare coverage that are quite terrifying. Indeed, add cannabis to the mix for the average chronically ill German patient, and the vaunted system begins to resemble the American system on steroids.

It is not as bad now here for patients as it used to be just a few years ago because of the first stages of reform. That said, it is very clear that there are still many miles, even legislatively, to go. Today, courses are now being taught on how to prescribe and administer cannabinoid medicines across Germany but they were almost non-existent even three years ago.

Green takes the reader on a journey into this world, at professional business and medical conferences across the country and across Europe during the time the bid was entering its final phases in 2019. The business and entrepreneurial stories of small start-ups not to mention the high jinks and less than business school tactics of publically listed pot companies are all a part the mix. From upscale conferences in London’s famous landmarks and Berlin’s most expensive hotels to the primitive conditions of a Polish medical cannabis safe house, Green II paints the backdrop against which political and economic reform around cannabis are clearly mixing with socio-economic factors and in thought-provoking ways.

Written for a lay audience (original in English), the book is the first to look at cannabis reform from several angles. This is the story of the first European (indeed federal tender of any kind) bid for European sanctioned cannabis, which is just reaching German pharmacies in the fall of 2020. However it is also one of the first books to look at “cannabis economics” including paths to financing as well as certification in what will be the world’s most valuable medical cannabis market (Europe) and country (Germany).

Available ebook formats: epub
Marguerite Arnold is a German-American author, journalist and entrepreneur. She has been covering the cannabis industry from Europe since 2014. 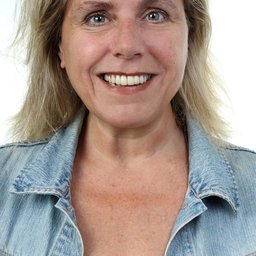 Born in New York City, she grew up in the UK and has lived and worked in three countries (so far). These days she calls Germany home, after having just won her dual citizenship in a landmark Supreme Court case that addresses and overcomes systematic prejudice in the court systems since 1945 in implementing the historic Right of Return granted to all those who fled the Third Reich.

In the United States, her career spanned film and documentary production of the digital kind and she pioneered the use of digital technology in both brick and mortar and remote consumption. She has also worked in state and national politics, IT, banking, finance and cleantech as well as sustainability.

Since moving to Germany, she has learned passable German, obtained her Executive MBA, and founded several healthcare and digital health related startups. She has also written two books while covering the expansion of the cannabis industry in the U.S., Germany and across Europe but also increasingly globally. 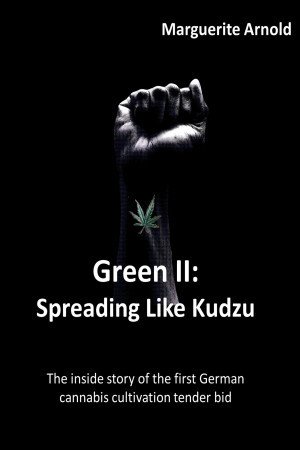