The governor and state legislators have been negotiating since then to agree on a final package to send to the Legislature for a vote. Senate Majority Leader Andrea Stewart-Cousins said on March 16 that lawmakers “reached a little bit of an impasse,” but that she is “optimistic it will be resolved sooner rather than later” and that they are “extremely close” to a deal. The impasse right now is over marijuana use as it relates to impaired driving.

Governor Cuomo said on March 15 that they are “very close” to reaching a deal. “We’ve tried to do that for the past three years, we have to get it done this year.” This optimism was echoed by Assembly Speaker Carl Heastie, who said that a deal is imminent and that the governor “is moving closer” to the positions taken by proponents of the competing bill, the MRTA, which is favored by legalization advocates over the governor’s proposal. On March 16, Senator Krueger said of the negotiations, “We have gotten to an agreement on hundreds of issues, we will resolve this last sticking point.” Governor Cuomo appears to have backed down from his original position that legalization must pass through the budget process, which is due by April 1.

For further details about both proposals, read the Duane Morris Alerts from January 22 and February 18.

If you have any questions about this Alert, please contact Michael D. Schwamm, Deanna J. Lucci, any of the attorneys in the Cannabis Industry Group or the attorney in the firm with whom you are regularly in contact. 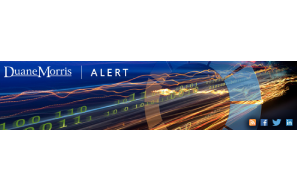