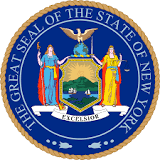 The state may soon loosen the tight rules that restrict every aspect of New York’s eight-month-old medical marijuana industry, from the way patients search for doctors who are willing to recommend the drug, to the number of cannabis products each dispensary can sell.

Under a barrage of grievances that started before the first dispensaries opened in January, the state health department said Tuesday that it’s considering a wide range of reforms designed to increase patient access. Some measures, like allowing companies to make deliveries to accommodate patients who can’t make it to one of the state’s 17 functioning dispensaries, will go into effect right away. Other proposals, including authorization for nurse practitioners to recommend the drug, will undergo a 45-day public comment period. In an effort to address one of the biggest hurdles to patient access, the state will reach out to physicians registered to recommend cannabis to ask if they are willing to be listed publicly so they are easier to find.

Most of the proposals are welcomed by the five cannabis companies licensed to manufacture and sell cannabis in New York. They are currently competing over about 7,000 registered patients, and averaged fewer than 2,500 transactions per month through mid-June, according to a report the state released earlier this month. But the proposed changes may not expand the market enough to accommodate the five additional licenses the state wants to hand out within the next two years.

“What we’re really hoping for is to improve patient access, which is why we embrace many of the recommendations outlined today,” said Ari Hoffnung, chief executive of Vireo Health of New York, one of the state’s five cannabis companies. “We’re really excited about these proposals.”

But he added that Vireo and New York’s other cannabis companies, which have banded together to form a lobbying group, don’t think the market is ready for new players.

“We continue to oppose the issuance of new licenses until the current micro-market matures and the five registered organizations are given a real chance to build a sustainable business,” Hoffnung said.

The cannabis companies meet regularly. None of the businesses are breaking even yet, said Hoffnung.

“We’re still at a point where we’re investing in the business but certainly not generating any income,” said Nicholas Vita, chief executive of Columbia Care. He said he agrees that the industry doesn’t have enough customers to sustain new companies today, but may be able to down the road.

“We’d be interested to see how the program evolves and how the changes will be implemented before adding new voices to the table,” Vita said.

Assemblyman Dick Gottfried, D-Manhattan, the author of the state’s Compassionate Care Act, said he supports the move to open up the market to new players. But he also proposes that the state issue licenses separately for dispensaries, growers and manufacturers, rather than requiring each company to do all three. Allowing companies to specialize in one aspect of the cannabis industry could mean investing less money up front.

“In America, we don’t require a manufacturer to be its own distributor and retailer; in fact, we often prohibit that,” he said in a statement reacting to the state’s proposals. He added that abandoning the “seed-to-sale” model “would strengthen the existing registered organizations and expand patient access.”

“I think the most important change is the loosening up of which diseases will be covered,” said Greiper.

In New York, only 10 severe medical conditions, including AIDS and cancer, are currently eligible for cannabis treatment. The state’s proposals include a promise to consider expanding the list to include chronic pain as well, a move that increased the market in Minnesota. But it’s no guarantee: In the past, state Health Commissioner Dr. Howard Zucker has determined that there was insufficient evidence to allow coverage of new conditions such as PTSD, that would greatly expand the state’s patient base.

Greiper said Gov. Andrew Cuomo, who initially opposed cannabis legalization, has still come a long way. “You have to give him credit for realizing anarchy has not broken out in New York and the rules should be loosened.”

Here’s the latest update on the state health website

677 physicians have registered for the NYS Medical Marijuana Program, and 7,005 patients have been certified by their doctors.

The report, which can be accessed by clicking on the link below, highlights the major milestones achieved by the Medical Marijuana Program, as well as recommendations to improve upon the program’s success.

Physicians seeking a registered practitioner, as well as those nurse practitioners and licensed health care providers who treat the specified diseases and conditions, may identify registered practitioners who consented to be listed, with their specialties, in the Medical Marijuana Data Management System located online within the Department’s Health Commerce System (HCS). A patient’s treating practitioner can make a referral if warranted. Instructions for accessing the list are included below.

The Commissioner and the Superintendent of State Police have certified that the Medical Marijuana Program can be implemented in accordance with public health and safety interests. Please click here to view the Certification. 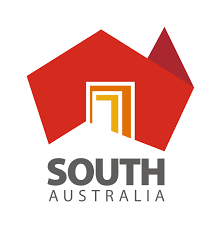 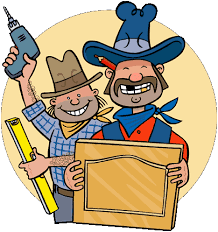 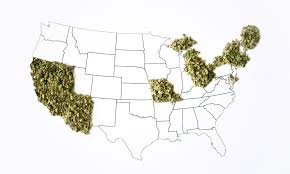