A report in Stuff.co.nz runs with the headline

Certain elements of the medicinal cannabis sector in NZ pushed hard for the NO vote prior to the referendum and today  this report by Stuff.Co confirms their celebration.

They’ve created themselves a nice little cartel going forward and the spruiking for spending more of your money on medical cannabis starts here.

We believe that all the NO vote has achieved is a stronger black market to satisfy recreational demand and the opportunity for medical suppliers to foist over priced product onto the market.

Anybody who follows the US State markets knows that recreational regulation shrinks the medical market .

As Detroit Legal News points out

Broad legalization of marijuana results in fewer, more expensive options for the sick

Much of the decline comes from consumers who, ill or not, got medical cards in their states because it was the only way to buy marijuana legally and then discarded them when broader legalization arrived. But for people who truly rely on marijuana to control ailments such as nausea or cancer pain, the arrival of so-called recreational cannabis can mean fewer and more expensive options.

Here are a few snippets from the Stuff co.nz report (op-ed)

Firstly we are told..

While that’s bad news for recreational users, its good news for the medicinal cannabis industry as it removes the “fog factor” of sufferers trying to self-medicate like Rover.

Then we get some industry mansplaining

That’s because recreational cannabis tends to be high in THC rather than CBD. THC is the main psychoactive compound in cannabis, its what’s what makes people feel high.

CBD doesn’t have that effect. Instead it works with elements in the body linked to well-being. And in particular it seems to work well for chronic pain. It also has the affect of mitigating some of the psychoactive affects of THC.

CBD-rich cannabis tends to be most effective when applied topically or internally, as opposed to being aspirated. The “secret sauce” to treating specific conditions is getting the right mix of THC, CBD and other cannabinoids.

I learnt this earlier this year when I did some work with medicinal cannabis company Ora Pharm, who are building a major medicinal cannabis operation in the Waikato. Their business is focused on producing tinctures, lotions and tablets with targeted combinations of CBD, THC, terpenoids and flavonoids to address specific ailments.

Followed up by some little digs including the following

Swarbrick  said she was proud of the “yes” campaign which “always spoke to the facts” rather than the “tide of misinformation” from the other side.

For us at CLR it is particularly sad that the other side included medical cannabis producers.

We also note the Guardian have just published this article

As someone who campaigned hard for a yes vote, for much needed reform of our drug laws, I am reduced to tears. I have been receiving heartbreaking emails from people thanking me for my work to try and get the evidence out there, to try and stem the tide of fear-mongering and misinformation about cannabis and those who use it.

People are weeping for their communities, families and friends who have been affected by drug laws over the decades since the Misuse of Drugs Act, 1975 was introduced in Zealand, for the lost opportunity for reform, and most of all for those marginalised and vulnerable communities who will continue to bear the brunt of our outdated drug laws that are no longer fit for purpose. 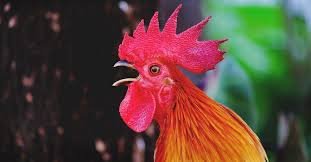