After the dissolution of the CSCF in 2014, and an oversight in the National Assembly questionnaire, the Cannabis Social Club (CSC) model is back in the spotlight, in particular for its health and economic benefits. Is France finally ready for the CSCs?

What is a CSC?

The expression Cannabis Social Club refers to an economic model of access to cannabis in a closed circuit within a non-profit structure: in France, associations under the 1901 law, non-profit organizations in Belgium, etc.

A CSC generally aims to Reduce Harm and Risk (DRR) associated with cannabis use. These risks can be both health and legal. Thus, the profits of the CSC can be reinvested within the association itself to facilitate this objective. For example:

Thus, CCS represents an economic model that improves qualitatively over time. Profits can also be reinvested outside the association, for purposes that contribute to the objective: research, DRR programs, prevention, social action, etc.

The interest of this model is its variable geometry. CHCs take very different forms depending on the country, region and neighborhood. What do they have in common? They are all based on the grouping of people who use cannabis, and cultivators of the plant, within a structure allowing the sharing of harvests and costs on the basis of a closed circuit: closed circuit for access to the products. (restricted to members) and for profits (directly reinvested in the CSC).

Sometimes misunderstood, the CHC model does not necessarily correspond to a very small structure, with very few members, and functioning without generating any profit. On the contrary, like any association, a CSC can be small and local (like a neighborhood association) or much larger in terms of members, and in amplitude (just as there are huge associations such as Médecins du monde). .

An association is simply an agreement between several citizens, to share their knowledge and / or their activity for an objective other than to derive an individual profit. This does not mean that profit is prohibited: it means that it must be reinvested in the association , or else in other activities promoting the objective of the association. Likewise, CSC does not necessarily mean volunteering. All work deserves remuneration, even in an association. In Spain, for example, 75% of CSCs employ some of their members, legally. They therefore pay taxes, through social contributions , even in the absence of official legalization! In France, too, it is theoretically possible.

The researcher Mafalda Pardal summed up the variable geometry of CSCs well in a 2018 article. It is, roughly, a mixing table of the internal organization modalities of CSCs: 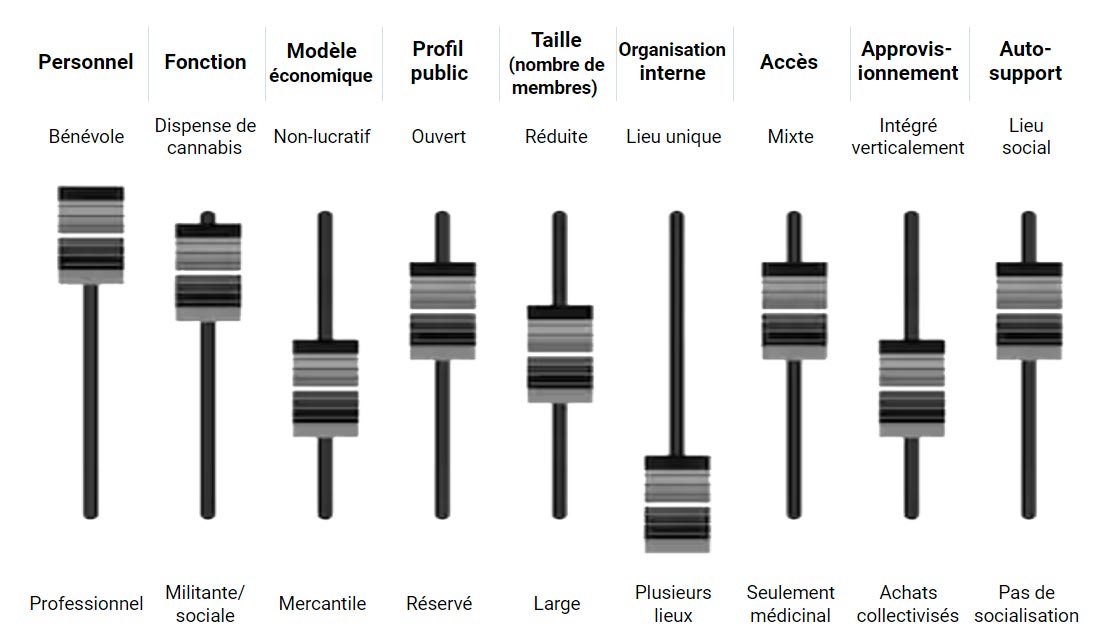 Source: Ghehiouèche and Riboulet-Zemouli (2021). Tomorrow, the CSC?
Adapted from: Pardal (2018). An analysis of Belgian CSCs’ supply practices: a shapeshifting model?

In France, a similarity exists with AMAP (Associations pour le Maintien d’une Agriculture de Paysanne), a type of CSC for vegetables. But Cannabis Clubs are part of a larger social movement: appeared in the 1990s in Spain, popularized by the European NGO ENCOD during the 2000s, claimed in 2012 by the Uruguayan citizen platform “Responsible Regulation” and integrated into the legalization law the following year.

At the same time, in 2013 in France, the State put an end to the Federation of French CSCs (CSCF) led by the very media Dominique Broc, by dissolving it by way of justice one year after its creation, on July 14, 2012. –While the dissolution of an association is generally reserved for small groups inciting hatred, but not for citizen groups targeting the RDR…

Despite everything, the idea of ​​a model of the cannabis market with a human face represented by the CSC has continued to grow in France: in 2016, the NORML France association organized a series of meetings , compiling a rich database of documentation. in French on CSCs. More recently, the CSCs appeared in a written contribution and in the hearings of the Information Mission of the National Assembly .

There are two types of interest in CSCs: first, the social, solidarity-based, responsible and non-relocatable model of economy that CSCs represent make them an important potential vector of employment, in the event of regulation of adult uses. cannabis – the study of data from Spanish CSCs suggests that regulation through CSCs could potentially represent three times more jobs than regulation through a more “classic” market model. CSCs have between 1 and 23 employees per CSC , a much higher employee / user ratio than the model of Amsterdam coffee shops or French tobacco shops.

On the other hand, actors in the health and social sector welcome the fact that the CHCs represent a model without access to minors, without showcases, without advertising, less likely to generate mass cannabis tourism, facilitating the ‘integration of the actors and actresses of the underground market wishing to integrate into the legal sector (as demonstrated by Spain), and a fundamental opposition to oligopolies and other possible “Big Cannabis”. 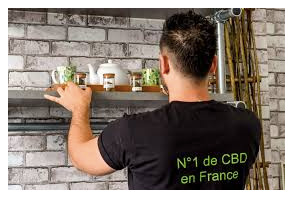