Nigeria: Muslim Rights Concern, (MURIC) Says “Legalisation of cannabis will be the last nail in the coffin of morality in Nigeria”

Here’s the full report in the Daily Post. It doesn’t really matter where you live on the planet there’ll be somebody supposedly representing god telling you something similar whether they be Christian, Buddhist, Hindu or Muslim there’s one thing you can be sure of. They’ll be whipping up anti cannabis sentiment.

An Islamic civil rights group, the Muslim Rights Concern, (MURIC) has countered the spokesman of the House of Representatives, Hon. Benjamin Kalu over his claim that cannabis would aid Nigeria’s industrial drive and boost its internally generated revenue, IGR if legalized. 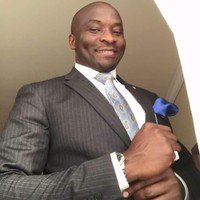 The lawmaker had on Monday said the global industrial hemp market which was valued at $5 billion in 2019 is projected to reach $36 billion by 2026.

He had also argued that countries like Malawi, Zambia, Zimbabwe, Lesotho and South Africa have legalised cannabis, adding that marijuana is medicinal and would create jobs, boost foreign exchange with an estimated value of $125 billion by 2025.

But the Islamic group in a statement signed and released by its founder and Director, Professor Ishaq Akintola, warned that the legalisation of cannabis will be the last nail in the coffin of morality in Nigeria. 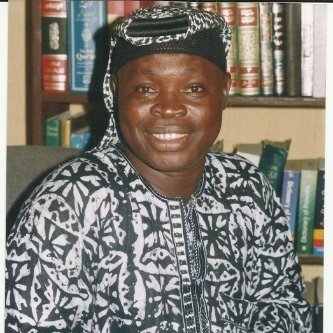 According to the statement obtained by DAILY POST, the group “strongly condemn this attempt to compartmentalise Nigerians into vicious drug cartels”, adding that “Benjamin Kalu wants to turn Nigeria into another Mexico on the African continent.”

“We already have serious security challenges. Boko Haram has been here for more than a decade. We have a homegrown kidnapping crisis. Desperate separatist movements have turned into terrorists.

We have cultism-related killings in our cities and among our young students.
“The Glorious Qur’an has diagnosed the Nigerian problem with microscopic accuracy. It said, ‘Evil has appeared on both land and sea as a result of the handiworks of men so that Allah may give them a taste of their deeds and perchance they will turn back from their evil (Qur’an 30:41 Zahara al-fasad fil-barri wal-bahr..)

“The security challenges we are currently facing are punishments for our recklessness. Instead of thinking of making criminal elements in the country ‘turn back from their evil’, Kalu wants to cap the edifice with a drug war.

“There is no gainsaying the fact that the legalisation of cannabis will be the last straw that broke the camel’s back in terms of its impact on insecurity and the last nail in the coffin of morality in Nigeria in terms of the country’s descent into the abyss of moral debauchery which began a long time ago,” he stressed.

Akintola said although “cannabis may have its benefits but the disadvantages outweigh the advantages” and therefore called on the House of Representatives to reject any attempt to smuggle the cannabis bill into the hallowed House.

“This House must not become the House of Marijuana. It must remain the House of Reform, Progress and Dignity,” he added.

Quoting from the Holy Bible, he said: “For what shall it profit a man if he shall gain the whole world but lose his own soul’ (Mark 8:36)?
What does Nigeria stand to gain if it makes billions of dollars from cannabis but destroys the country? You cannot sow the wind without reaping the whirlwind.

“We already have a large number of youths whose lives have been ruined by taking drugs even without legalising cannabis. What then should we expect if we eventually make it legal? Students, area boys, cultists will go haywire. Drug-related cases will increase in psychiatric hospitals.”

The Islamic scholar, who also recalled that Ondo State Governor Rotimi Akeredolu has been advocating for the legalisation of cannabis since 2019, advised him to drop his cannabis dream for massive investment in food production. 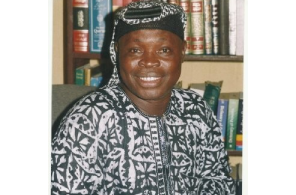