Agro-Economist ( the National President of Federation of Agricultural Commodities Association of Nigeria) Dr Victor Iyama, has urged the Nigerian federal government to desist from further destruction of Indian hemp farms as, according to him, it could generate foreign exchange for the country.

He told members of the Food and Agriculture Writers Organisation of Nigeria (FAWON) at a stakeholders meeting in Lagos that processing hemp oil was capable of generating huge forex.

Iyama, who is also the National President of the Federation of Agricultural Commodity Associations of Nigeria (FACAN), said that Nigeria had failed to harness all the wealth that was available.

According to him, “The National Drug Law Enforcement Agency (NDLEA) goes about destroying hemp farms and they are happy, a country that has no dollar goes about every day destroying dollars and you say you are working, which work?

“We have hemp in abundance here, just three months and dollars is real. All we need is adequate regulation of the production process,’’ he said.

Iyama noted that nothing stops NDLEA from being posted to these farms where the processing machines would be put up and then monitor it.

“If you see anybody taking it out of that place, arrest him, we do things in this country by starting to run without crawling and without walking.

“Everybody is shouting China today, did China get to this place by starting from the top? No, you have to be able to face the reality, this country is blessed, in fact over blessed.

“People want to look at those who have gone into space, what have they achieved in the space, before going into space you must be able to provide simple basic things of life for your society; food, shelter, electricity mainly and water.

“Go to countries like Malaysia, China that is the first thing you do as a country. We are not a poor country, it is just unfortunate that we have failed to harness all the wealth that we have been given, the best wealth any country can have in this world is land and we have land in abundance.’’

Iyama added: “Tell me which country will have the kind of land we have and be importing food. We have too many things fishery, snailry, just name it.

“That is why I said to get over 100 billion dollars from agriculture annually is not an exaggeration, because I know how much is being made even from ordinary snail.

“There is a lot, but a lot of infrastructure has to be put in place and that is why I said that the key thing first is for us to fix our infrastructure, especially electricity because by the time you manufacture, you want to ship things out,’’ Iyama noted. 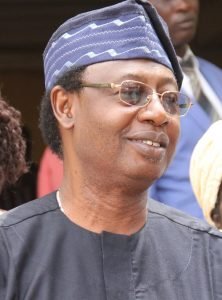