NJ.com Article Highlights Why It Will be Hard To Estimate Tax Revenues From Regulated Cannabis Sales

How much money could New Jersey bring in if the state ever legalizes recreational marijuana?

The question is difficult to answer, and states that have tried predicting legal weed revenue have been all over the place due to hazy data, according to a new study by The Pew Charitable Trusts.

After a drawn-out, failed effort earlier this year to legalize adult-use cannabis in the Garden State, New Jersey political leaders said they would like to give the legislation one final shot before potentially shifting the question to voters in a 2020 ballot question.

It’s unclear what this latest attempt will look like, or how exactly New Jersey will try to make money off the new market. Pew’s study, released last Monday, includes advice for governments looking to supplement state spending with a new cannabis cash cow, and how New Jersey, a state with a ballooning public pension problem and a need for more sustainable tax inflows, should think about using such an unpredictable revenue source.

How well have other states predicted marijuana money?

So far, seven states have active legal cannabis markets that bring in money to the governments: Alaska, California, Colorado, Massachusetts, Nevada, Oregon and Washington state. While Maine, Michigan, Vermont and Washington, D.C., have also legalized recreational-use marijuana, they don’t have systems set up yet.

So how good have states been at predicting the money they will bring in with the new taxes? It’s been totally all over the place, Pew found. In the first six months of the new marijuana tax, Nevada collected 40 percent more revenue than its budget officials predicted. But in California, the state took in only 45 percent of what it expected. An advisory committee found that the high taxes on the legal product didn’t make consumers want to leave the black market, which could be a reason why revenue predictions were so far off.

Colorado, on the other hand, got really close, estimating $67 million from excise taxes in the first year. The actual number? $66.1 million.

Why is it so hard to predict?

Estimating revenue for a formerly illegal product that is still illegal under federal law is tough. Because only a handful of states have legal recreational marijuana markets, which were created so recently, there’s a shortage of data budget analysts can use.

And then there’s predicting exactly who will buy the drug. States rely on state surveys or the National Survey of Drug Use and Health, but because questioners are asking about illegal or formerly illegal drug usage, they expect people won’t always feel comfortable telling the truth. So states don’t have a clear picture of what the demand really looks like. 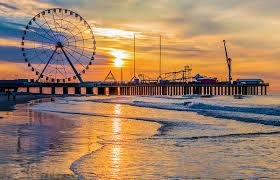