Justin Rodriguez will depart the Governor’s office for a new job: chief of staff for the Cannabis Regulatory Commission. Reports the New Jersey Globe

Rodriguez has served as a senior legislative aide to Gov. Phil Murphy since his first day in office and played a crucial role in the formation of legislation dealing with medical marijuana and the legalization of marijuana in New Jersey.

In addition to his position on Murphy’s staff, Rodriguez also served as the legislative liaison for the New Jersey Department of Health since Murphy named Maria Del Cid to the commission earlier this year.

Prior to joining the Murphy administration, Rodriguez served as chief of staff to Assembly Health Committee Chairman Herb Conaway (D-Delran).  He worked on State Sen. Linda Greenstein’s campaign for the Democratic nomination for Congress in 2014 and on Democratic legislative campaigns in the 7th and 14th districts. 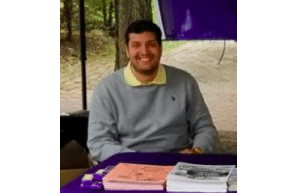