Sources confirmed a Politico report that says the Murphy administration is objecting to the legal issues in the long-debated legislation, A-21, that officially legalizes personal use of marijuana, decriminalizes the substance and removes it from the Schedule I drug list.

Gov. Phil Murphy, speaking during a Monday news conference, said there are some “technical, but important things we’re trying to wrinkle out” on the legislation.

The Patch report goes on to say

Murphy said lawmakers have had good discussions with his administration and they’re trying to “iron through those (differences) as efficiently as we can.” Read more: WATCH: Gov. Murphy Issues NJ Coronavirus, Closures Update

Sources told Patch that the Murphy administration wants to make sure there are penalties for underaged, under-21 users. The legislation appears to not provide any kind of legal mechanism that would penalize underaged users.

The objection comes just weeks after the state New Jersey Assembly and Senate voted in favor of legislation that clears the way and creates a framework for marijuana legalization in 2021. The bill needs Gov. Phil Murphy’s signature to become law.

Although New Jersey voters already, and overwhelmingly, approved marijuana legalization in the November election, state legislation was necessary to create a framework for recreational use of the drug once it’s supposed to become legal on Jan. 1, 2021.

The specific regulatory process has not been finalized, and some state officials have said that it could take anywhere from 6 months to a year for the drug to be sold in stores. Any delay in legislation will likely delay the selling of the drug in New Jersey. 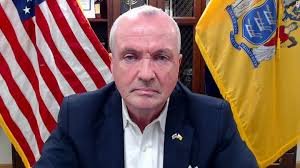