NOCAL: City of Hayward could require half of any future cannabis businesses to be minority-owned as part of an overhaul of how the industry operates in Hayward.

The city could require half of any future cannabis businesses to be minority-owned as part of an overhaul of how the industry operates in Hayward.

Other changes could include speeding up the process to secure a permit for people of color who apply to open a cannabis business, as well as allowing those arrested or convicted of possessing cannabis to successfully apply.

The idea is to compensate for blacks and Latinos being disproportionately affected through arrests and incarceration when cannabis was illegal, according to Jeremy Lochirco, Hayward’s principal planner.

“We are making sure that marginalized communities are not, in fact, barred from entry into the Hayward scene,” Lochirco told the City Council earlier this month, when it held a session on the local cannabis industry and heard suggestions for streamlining how the businesses are licensed and approved.

The council took no action, however.

City officials are expected to come back to the council with formal recommendations in the spring, Lochirco said.

“I guess I am open to that,” Councilman Al Mendall said about what Lochirco called “social equity” for improving minority opportunities during the Dec. 8 meeting, Mendall’s second-to-last council meeting. Mendall decided not to seek re-election in November.

“But it’s adding another layer, and I am really reluctant to add more layers of complexity (to city bureaucracy),” he said.

But Councilman Mark Salinas questioned whether giving priority to some people applying was the best way to address past injustices.

Councilman Francisco Zermeno said Hayward should continue its cap of having three cannabis dispensaries allowed to operate at any one time in the city — and which are restricted under zoning to mostly downtown — a limit that Mendall also said he supported.

“I want to make sure we maintain a rigorous approval process,” Zermeno said. “I think that’s important.”

City officials are recommending that new cannabis applications be reviewed only twice a year, instead of the current process of whenever they are made, to reduce staff time required.

The city is also looking at ways to improve coordination among city departments over cannabis business applications and their code compliance, and for local regulations to closely mirror state law as a way to eliminate any unnecessary red tape.

Cannabis for medical use has been legal for medical use in California since 1996 and for recreational use since late 2016. Hayward’s cannabis program has been operational for the past three years. 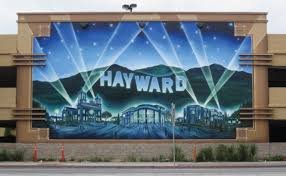